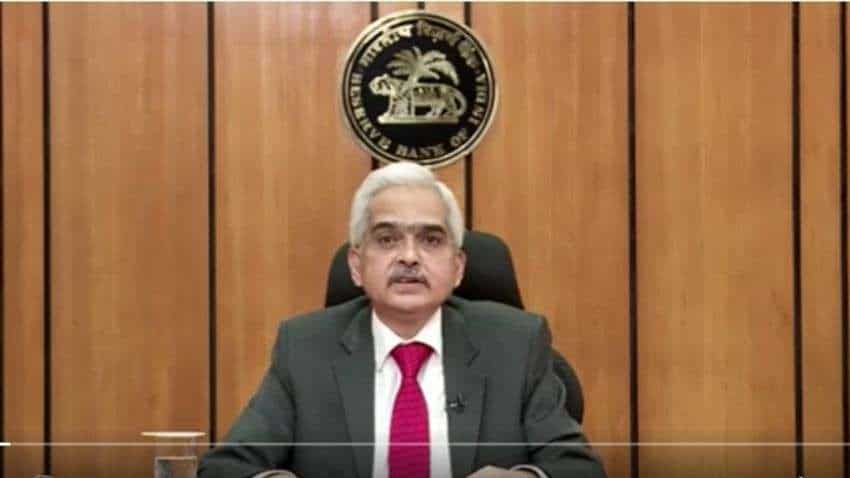 The six-member Monetary Policy Committee (MPC) of India’s central bank kept the key lending rate — repo rate unchanged at 4 per cent for the eighth time in a row. The reverse repo rate remained unchanged at 3.5 per cent.

MPC retained the accommodative stance as long as necessary to sustain growth on a durable basis, while ensuring that inflation remains within the target, RBI Governor Shaktikanta Das in a press briefing.

The MPC also decided to continue with the accommodative stance as long as necessary to revive and sustain growth on a durable basis and continue to mitigate the impact of COVID-19 on the economy, while ensuring that inflation remains within the target going forward, said the policy statement.

With the economy set to bounce back, and RBI assurance of maintaining enough liquidity in the system will put rate-sensitive stocks in focus.

"The credit policy is neutral to positive for the market as the market was already expecting that interest will remain unchanged but the market is cheering on fact that there is no change in stance while ending GSAP is a little negative surprise but the governor's comment that he is ready to resume GSAP if there will be a requirement," Santosh Meena, Head of Research, Swastika Investmart Ltd, said.

"The governor is confident about growth and didn't show much worry about inflation therefore the market is witnessing a bullish momentum post policy. We are outperforming despite a rise in US bond yields, the dollar index, and Crude oil prices," he said.

We have collated a list of rate-sensitive stocks from various experts which investors can look at buying for the near term:

The low-interest regime has been beneficial for the BFSI segment, and the recent announcements made by the finance minister have also fueled sentiments in this space.

The monthly chart of the stock is showing an ascending triangle pattern and in the next 3 months period, one can expect the stock to scale the level of 1400.

The auto sector has been an underperformer for some, but with the festive season approaching this sector may see some traction.

The stock seems to have made a Flag pattern on its monthly chart and it seems to be forming an ascending triangle on the weekly charts. In the next three months, one can expect the stock to reach the level of 170.

The stock has been consolidating on the monthly charts for quite some time now while and on the weekly charts as well, we can see an inverted head and shoulder pattern breakout.

The auto sales data of September 2021 also seems to be encouraging, and in the next three months we can expect the price to rise till 8400.

The stock is expected to see good traction as the September 2021 auto sales data seems encouraging. The stock is making a flag pattern on monthly charts and on the weekly charts the stock seems ripe for resistance breakout, in the next three months, we can expect the stock to reach 455.

The stock has already corrected from its higher levels and is now trading at a near the demand zone. We strongly believe that the stock may give a bounce back from these levels and make a new all-time high in the near term.

The stock is trading near an all-time high prices and the technical step up is also looking strong.

The stock has broken above the resistance level placed at Rs 7500 and this breakout suggests that the stock may move towards Rs 8200 gradually in the short to medium term.

Currently, the stock is trading near its weekly trendline breakout. If it breaks these levels, we may see a large upside in the stock.

The stock may give a good breakout on monthly charts which is also supported by good volumes.

Escorts is currently in a consolidation phase near an all-time high on a daily time frame. We believe the stock may give a good breakout in the short to medium term.

On the monthly chart, the stock has given a multi-year breakout of 694.90 levels in Sep’21 and continues the upward movement consecutively for the second month in a row.

Also, it confirmed a rounding bottom breakout with rising volume activities, which indicates a bullish strength in the prices.

On the weekly charts, the stock has been trading in a Higher Highs & Higher Lows formation with all the supportive indicators like Ichimoku Cloud, Bollinger Band formation, suggesting an upward move for the long term.

On the daily time frame, the stock has gained more than 15 per cent on the Thursday trading session and settled above Upper Bollinger Band with spurt in Volume. A momentum indicator RSI & Stochastic witnessed positive crossover.

Hence, we are expecting move upside potential in SOBHA for the long term. On the higher side, it may find the resistance around 1070/1130 levels while on the downside, support is at around 755 levels.

On the weekly chart, the stock has formed a Bullish Engulfing pattern in the prior trades and confirmed the breakout levels.

In the recent trade, the stock has given a breakout from its immediate swing high of 176.70 levels and shifted above the Upper Bollinger Band formation.

The price has also sustained above 38.2% Retracement levels of its prior fall from 218 to 154.55 levels, which suggests a further reversal in the stock.

The volume activities have been raising in the stock from the last two trading sessions, which is supporting the upward movement.

In addition, a momentum indicator Stochastic has pulled back from the oversold zone with positive crossover, which suggests a further reversal in the counter.

Hence, we are expecting an upward move in Manappuram for the short term. On the upside, it may find the resistance around 210/215 levels. However, on the downside, support may come around 160/165 levels.

On the monthly chart, the stock has given its lifetime high breakout of 2410 level and has closed strongly indicating a further bullish trend. The stock has also seen a volume spurt which commands strength.

On the weekly time frame, the momentum indicator has given a one way up movement indicating a further northward journey.

The stock is also trading above the bullish clouds as well as above the convergence line of the Ichimoku indicator indicating strength.

On the daily chart, the stock closed above the 50-days EMA and settled above the super trend indicator. Also, the Chaikin Oscillator is indicating bullishness.

Since the stock has broken its record highs it has a potential to test 2700/2800 level. However, on the downside, the stock has support at 2230 levels.