Oil slips but holds near 2019 peak as supplies tighten

Oil edged lower on Thursday but held near 2019 highs, supported by a sharp tightening of global stocks, OPEC production cuts and US sanctions on key producers Iran and Venezuela. 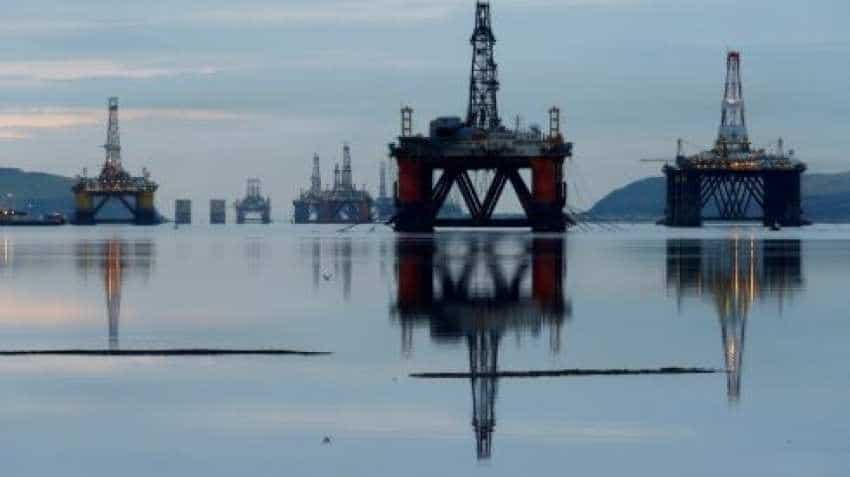 Oil edged lower on Thursday but held near 2019 highs, supported by a sharp tightening of global stocks. Reuters
Written By: Reuters
RELATED NEWS

Oil edged lower on Thursday but held near 2019 highs, supported by a sharp tightening of global stocks, OPEC production cuts and US sanctions on key producers Iran and Venezuela. International Brent crude oil futures were down 30 cents at $68.30 a barrel by 1102 GMT, having hit their highest since Nov. 13 at $68.69 earlier in the session. US West Texas Intermediate (WTI) crude futures were at $59.95 per barrel, down 28 cents. WTI reached its highest since Nov. 12 earlier in the day, at $60.33 per barrel.

Crude prices have been pushed up by almost a third since the start of 2019 by supply cuts led by the Organization of the Petroleum Exporting Countries, as well as sanctions against Iran and Venezuela by the United States. The drop in production has led to a tightening in global inventories. Vienna-based consultancy JBC Energy estimated stocks had run down by a "solid" 40 million barrels since mid-January.

That followed a 10-million-barrel fall in US crude stocks last week, the largest drop since July, due to strong export and refining demand, according to the U.S. government`s Energy Information Administration (EIA). The rapid decline in inventories comes despite many refineries undergoing seasonal maintenance work ahead of peak summer demand.

"Why are oil prices not rallying through the roof? We suspect the sword of Damocles hanging over the market is currently called U.S.-Chinese trade talks," Tamas Varga, analyst at brokerage PVM, said in a note. "Cautious bulls will become unreservedly bullish if or when an agreement is struck."

OPEC`s crude output fell from a mid-2018 peak of 32.8 million barrels per day (bpd) to 30.7 million bpd in February.  US sanctions are disrupting supply. "Venezuelan exports to the U.S. have finally dried up, after the sanctions were placed on them by the U.S. administration earlier this year," ANZ bank said.

Iranian oil shipments have slumped. The United States aims to cut Iran`s crude exports by about 20 percent to below 1 million bpd from May by requiring importing countries to reduce purchases to avoid U.S. sanctions. The OPEC cuts and sanctions have also tightened supply within the United States.

Part of the drawdown in U.S. inventories was due to surging exports, which stood at a four-week average of 3 million bpd, double the amount this time a year ago, the EIA said. US crude oil production returned to its record of 12.1 million bpd last week, making America the world`s biggest producer ahead of Russia and Saudi Arabia.