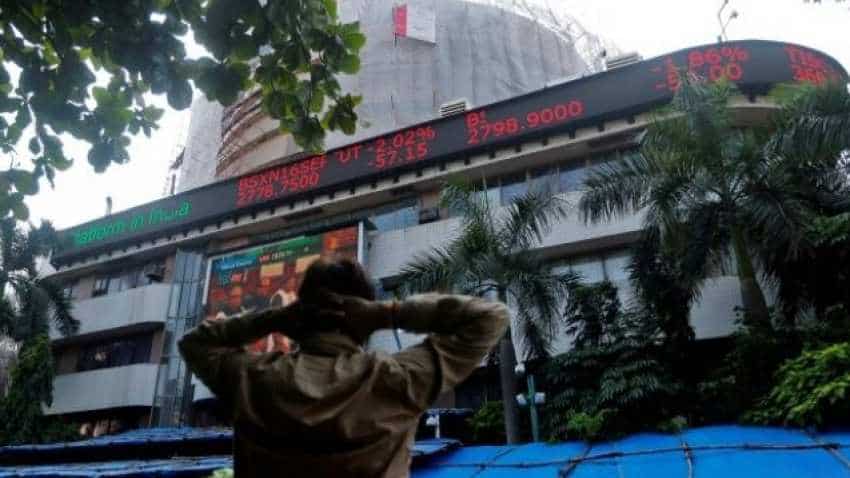 FY20 is likely to be a good year for equity investors although the volatility in the domestic market will increase around the time of election results. Reuters

BSE Sensex and Nifty are going through a strong rally for the last few days amid strong global cues and supportive domestic macro data. 50 share index, Nifty 50 scaled to a fresh record high on Tuesday, breaking its previous record high of 11,761 recorded on April 3. The NSE index made an all new life high of 11,784. While the 30 share major index, BSE Sensex rallied over 350 points to hit a fresh record high of 39,277.96 in early market trade on April 16th, Tuesday.  Sectors like capital goods, energy and FMCG indices rallied while selling was witnessed in real estate stocks. Here are five factors that can drive the markets over the next quarter -

Foreign investors have poured more than Rs 46,000 crore in the March quarter into Indian equities with most of the investments in majorly five sectors, including financials, IT, technology stocks, oil & gas, autos and pharma.

Foreign investors have been infusing money in India and the hopes of Modi returning to office have kept them bullish on country. FY20 is likely to be a good year for equity investors although the volatility in the domestic market will increase around the time of election results.

Jyoti Roy, DVP - Research, Angel Broking told Zee Business Online that if the current NDA government returns to power we expect a major focus on consumer spending, NCLT resolution and the new hydrocarbon policy. "These are likely to be positive for sectors like banking, financials, consumer goods, autos, consumption and oil &amp; gas companies. These together account for over 70% of the market cap of the Nifty and hence the impact should be positive. However, any unstable coalition of regional parties is expected to be negative for the large cap stocks and markets in general," she said.

The macro data which came out on April 15 is likely to drive Indian markets ahead. WPI inflation increased for second straight month to 3.18 per cent in March on inflated prices of food and fuel, as per the government data released Monday. Also, the RBI is way above a comfortable position even though WPI inflation touched 3.18 per cent in March due to a rise in food prices.

Rise in exports from the country has also bolstered the investor sentiment on India. Indian merchandise exports grew 11.02 per cent, on a YoY basis in March, to $32.55 (Rs 2.26 lakh crore) billion from $29.32 billion (Rs 2 lakh crore) reported for the same month of last year, according to the official data released on Monday. The positive corporate earnings of Q4FY2019 is expected to drive the markets ahead.

Asian markets are hovering mixed trends with close to 9 month highs and huge exports and strong banking data from China last week has given investors a relief over economic concerns over Chinese financial structure. "The equity markets are facing some headwinds after their recent large gains," said Masahiro Ichikawa, senior strategist at Sumitomo Mitsui DS Asset Management. "That said, market sentiment is still relatively well supported as recent Chinese indicators proved to be strong and prompted the markets to readjust their views on the global economy."

Jaikishan Parmar, Sr. Equity Research Analyst, Angel Broking told Zee Business Online, "NBFCS would require two things viz. sufficient liquidity and a resolution to the IL&amp;FS story. The current government has been infusing Rs.40,000 crore through OMOs and another Rs.35,000 crore through dollar swaps. This is likely to keep the NBFC sector buoyant. This sector is likely to benefit under a stable government headed by the NDA."