The stock market has given overwhelming returns in the past one year dominated by Covid 19 pandemic. 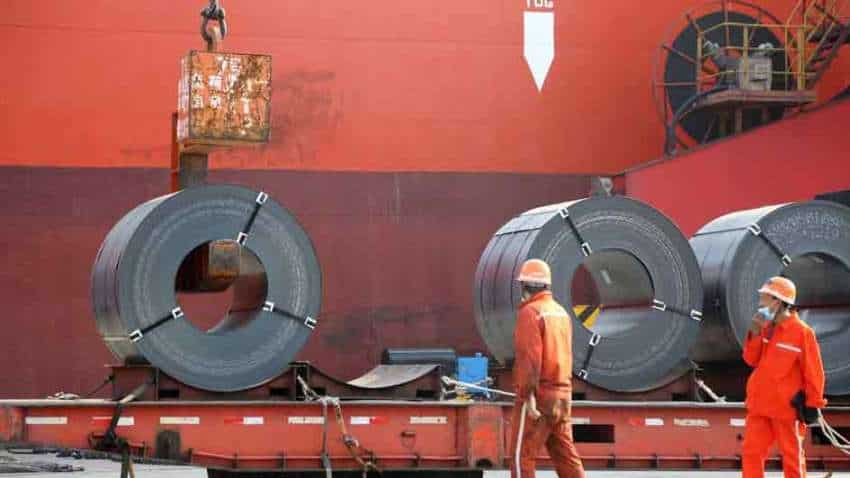 Several stocks have turned out to be multibaggers as many indices almost doubled during this time. Source: Reuters

The stock market has given overwhelming returns in the past one year dominated by Covid 19 pandemic. Several stocks have turned out to be multibaggers as many indices almost doubled during this time. Nifty Metal, Nifty PSU Bank and Nifty Realty were among top gainers on the National Stock Exchange. Domestic equity Benchmarks Nifty50 and S&P BSE Sensex gained 51.8 % and 48.9% respectively as on October 21, as per Stock Edge.

As the indices surged, several stocks led the rally from the front. Let's have a look at 5 stocks that contributed maximum to the Nifty Metal index during this bull rally.

Similarly, National Aluminum Company Limited, a new addition to Rakesh Jhunjhunwala portfolio, came second in the list of metal stocks on Nifty to gain the most. NALCO soared over 247% to Rs 105 per share as on October 21. This government-owned metal share added Rs 75 per share during this period, showed the same data.

Vedanta was close third as billionaire Anil Agarwal led company posted whooping over 235% return YTD. The stock added nearly Rs 238 per stock to reach a present-day value of Rs 339 as on October 21, s per one year data on Stock Edge.

Other two stocks in the line also clocked over 200% return in the past one year. SAIL (Steel Authority of India Limited) and Tata Steel Limited, which stood at 4th and 5th position to see huge rally on the Nifty Metal Index, gained over 228% and over 220% respectively.  SAIL added Rs 81 per share, while Tata Steel saw its share price jumping by 891 per share, as per Stock Edge. SAIL was trading at Rs 116.50 and Tata Steel on Rs 1295.60 on Nifty index.