The report released by Edelweiss Alternative Research suggests that the AMFI in its semi-annual review may add startup companies. 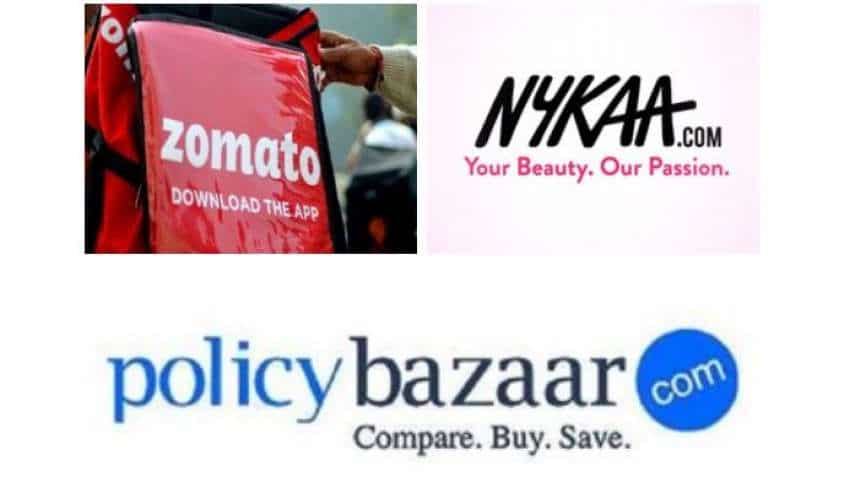 Except for Policybazaar, both Zomato and Nykaa have crossed the Rs 1-trillion market cap: PTI

With accumulating enormous market capitalisation, the three recently listed new-gen companies — Zomato, Naykaa, and PolicyBazaar — are likely to enter into the large-cap category, besides other mid-cap companies such as IRCTC, Tata Power, Mindspace, among others.

The report released by Edelweiss Alternative Research suggests that the AMFI in its semi-annual review may add startup companies, along with other mid-cap stocks in the large-cap section, while YES Bank, PNB, NMDC, Lupin, Biocon, P&G Hygiene, among others, to bring down to the mid-cap segment.

These three startup companies have received an extraordinary response as all of them have listed between 90 and 17 per cent higher premiums. Zomato is an old listed company on exchanges now, however, Nykaa made market debut last week and Policy Bazaar on November 15.

The shares of food aggregator Zomato have been surging for the fourth straight day since the company has made an announcement of investments in three startup companies and also disclosed the roadmap of investing around $1 billion in the next two-three years. The counter has jumped over 25 per cent and also hit new life high in the last 4 sessions in a row.

Similarly, a day after its listing, PolicyBazaar shares have surged over 14 per cent intraday today to Rs 1371 per share and has also touched a new all-time high of Rs 1418.6 per share on the BSE. On the other hand, Nykaa shares have been trading mute on the back of weak second-quarter results.

Meanwhile, the report also suggests that stocks such as Central Bank of India, Happiest Mins, Gujarat Flouro, Nalco, KIOCL, among others, have the potential to get upgraded to the mid-cap category from small-cap, while RBL Bank, Castrol India, Wabco, Zydus, Apollo Tyres to get downgraded.

“We have come up with our pre-emptive predictions, way ahead of the official announcement to be released in the first week of January 2022. This should help in giving an edge to the active fund managers who would like to make any stock-specific changes ahead of final categorization list released by AMFI,” Edelweiss Alternative Research said in a report.

It added, “Our current list is an initial prediction to the official list to be released by AMFI between January 05 to 07, 2022. The updated list will be valid from start of February till July 2022 end. The potential names are sorted by high convictions, and we will come with our final predictions by the third week of December 2021 (near to the cut-off date).”