Zee Business Managing Editor Anil Singhvi, in the popular Special Mid-Cap Stock Picks show, guides investors in making a wise choice while picking stocks. In this exercise, a special panel of experts is at hand to provide the logic behind the move. 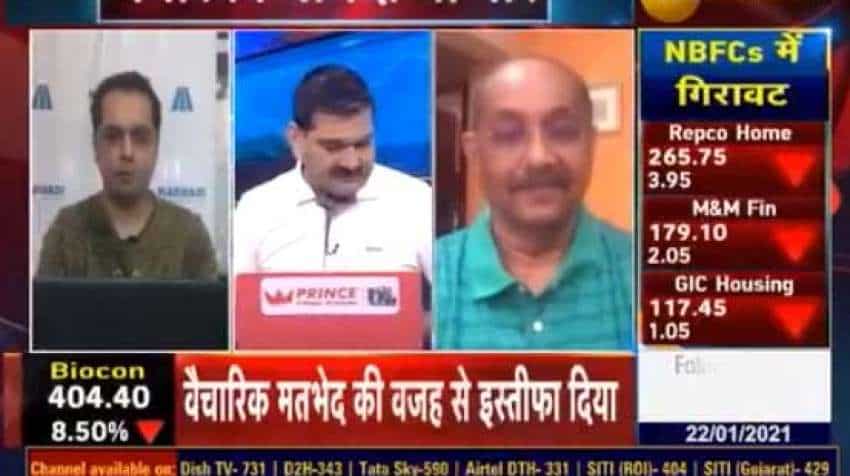 Zee Business Managing Editor Anil Singhvi, in the popular Special Mid-Cap Stock Picks show, guides investors in making a wise choice while picking stocks. In this exercise, a special panel of experts is at hand to provide the logic behind the move.

Today, Ambareesh Baliga was on the show and he recommended Titagarh Wagons, JSW Energy and Praj Industries as stocks to buy.

Titagarh Wagons is a market leader, with a capacity of 8400 wagons. The company is already amalgamated with Simco and with this we will see reduction in overheads, cost efficiency and economies of scale. This year by December 2021, a dedicated freight corridor will be opened because of which there will be huge demand for wagons over the next few years. Off late, the Government has announced nearly 100 routes for private players in Indian Railways which will increase the demand for rolling stocks. Titagarh Wagons' Italian subsidiary has one of the best technologies in Metro Coaches which is the key reason they got 102 coaches ordered from Pune. Recently they tied up with ABB for professional equipment which is beneficial for Indian Equipments. The orderbook of Titagarh Wagons stands at Rs 5330 cr. Titagarh Wagons management rejog and group structure has been modified recently which will improve the efficiency of the company. Looking at the balance sheet, the working capital cycle has been reduced considerably, inventory has come down from 233 days to 115 days, and the working capital cycle has reduced from 151 days to 60 days. The target price on this Titagarh Wagons is Rs 84.

This stock is from the power sector and the current capacity is 4.4 Gigawatts. JSW Energy has plans to increase capacity to 10 Giga watts in the next 5 years. Nearly 80% of the capacity is tied with long term PPA, which implies that the revenue of JSW Energy is stable and the visibility is also good due to long term PPA. Additions of nearly 1.5 to 2 giga watt may happen per annum. Currently, the debt of JSW Energy is Rs 7300 cr after being reduced by 1300 cr. Interest cost of the company has fallen by 24%. FY22 expected EPS is around 7 and the target on the stock is Rs 94 which includes valuation of Rs 2500 of JSW steel because they have their investment in a group company. Revenue is expected to double in the next 5 years.

Recently, the Oil Secretary said that 2021 will focus on Bio Fuels. It seems there would be some positive news in Budget 2021, which will benefit this company. Praj Industries is into manufacturing of ethanol plants which is used these days to mix with petrol by fuel companies, it is expected that mixing will be allowed to 10% from 5% levels currently, permission is there but there is no capacity at this stage. Distilleries have huge expansion plans in the next 5 years. Total capacity stands at 426 litres and is expected to reach 590 litres by 2022. Praj Industries order book stood at Rs 1408 cr and it received Rs 400 cr orders in last quarter. Water treatment business of Praj Industries has seen a good revival in the past 1.5 years. Praj Industries is a debt free company, EPS is expected to be 5.7 for FY22 and 7.2 for FY23. The short term Praj Industries target price is Rs 135.