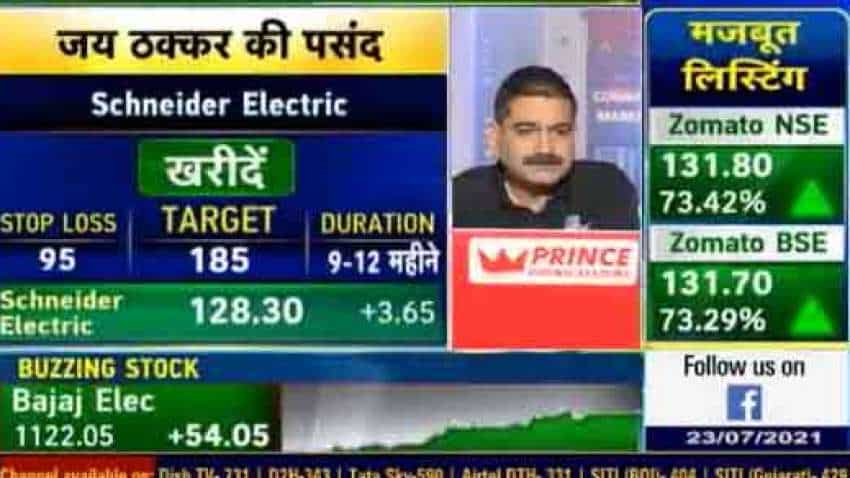 Talking about his long-term pick Schneider Electric, he said there are a few important things technically which makes it a good scrip for long-term target. "It has been trading with very good volume from the last two quarters. Infact, recent volume in the past two quarters in this counter was never seen before since its listing. It has also show good buying interest from lower level. All indicators on monthly to daily chart have also given it a buy crossover. The stock can show a upside of around Rs 60 from current level. It's a buy for a target of Rs 185 from current levels. The stoploss is Rs 95. It is a very good risk-reward for Schneider Electric," said Thakkar.

Thakkar picked IndiaMART as his positional pick. He said, "This stock has corrected enough from high level of around Rs 9,400. This share has consolidated in the range of Rs 6,800 to Rs 7,000 and is showing good reversal from this level. It is taking good support at its 200 DMA.  IndiaMART has an upside of Rs 2000 to 2100 from current levels of around Rs 7100. The target is 9,200 and stoploss would be Rs 6500 for this counter," the market expert said.

Picking Graphite India as his short-term pick, Thakkar said this stock should be bought with a stoploss of Rs 635 for target of Rs 753. "This stock offers risk reward ratio of 1:2. The reason behind choosing this stock is that it has formed a ascending triangular pattern in the short term which is a bullish reversal pattern and the target that I gave for this scrip is a conservative one. If I have to give an aggressive target for Graphite India, it can even cross Rs 800 in 1 to 3 months. Short-term trend is in favour of bulls and has given buy crossover from oversold territory. This suggests that we would see an immediate up move till Rs 753 in this counter," he added.