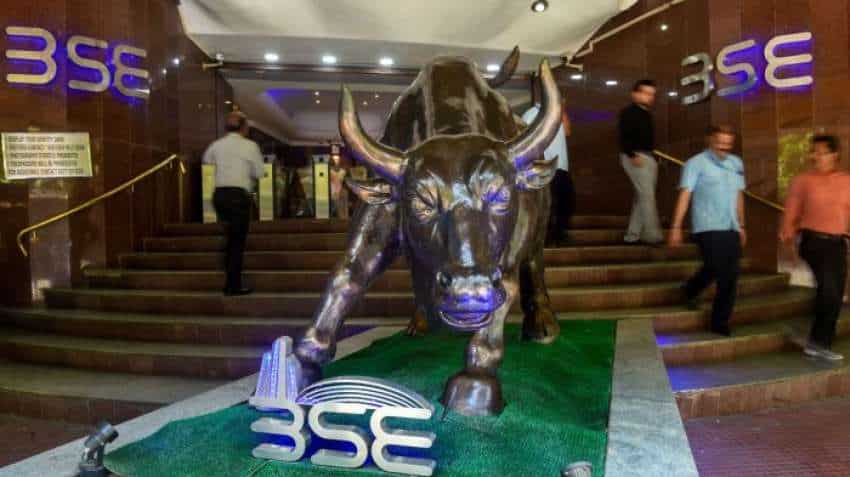 As many as 6 stocks are in the green, and 44 in the red on the Nifty50 intraday today: PTI

The domestic markets are trading in the green in volatile trade on Monday. The benchmark indices Sensex and Nifty50 recovered intraday losses eventually to gain around 400 points and above the 17100-mark, respectively. Pharma stocks are surging for the second straight aiding most the market.

As many as 6 stocks are in the green, and 44 in the red on the Nifty50 intraday today. Adani Ports and JSW Steel slipped most by around 7.5 per cent, followed by ONGC up over 7 per cent. Similarly, BPCL, IndusInd Bank, NTPC each down between 6-7 per cent intraday today.

The majority of the indices are in the red, except for IT, metal, bank, and financials. Nifty IT gained over 1 per cent, followed by marginal gain in Nifty Bank, financials and metal indices. Dragging the broader markets most, Nifty Realty and Media slumped most by over 1 per cent intraday today.