The upcoming second quarter earnings result season, along with macro-economic data points that industrial output and inflation are expected to flare-up volatility in Indian equities during next trade week, market observers opined. 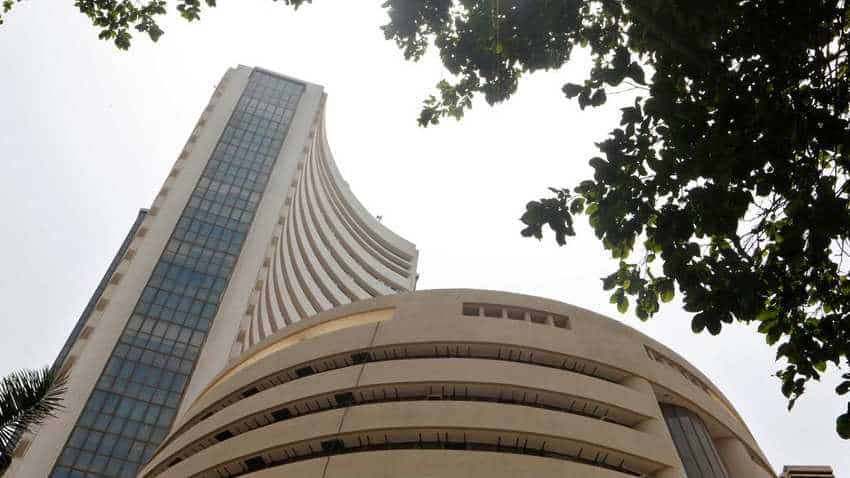 The Q2, 2019-20, earnings result season will kick off from next week. Source - Reuters.
Written By: IANS
RELATED NEWS

The upcoming second quarter earnings result season, along with macro-economic data points that industrial output and inflation are expected to flare-up volatility in Indian equities during next trade week, market observers opined. "The 2QFY20 earnings would be cautiously watched out which begins next week. Investors would evaluate management narratives as to how they intend to utilize the savings from the recently announced corporate tax rate cut," Motilal Oswal Financial Services` Retail Research Head Siddhartha Khemka told IANS.

"Even globally, unemployment data of US which is due next week, holds the key for Fed`s next step towards rate cut. Thus domestic and global developments would keep markets range bound with negative bias." According to Edelweiss Professional Investor Research`s Chief Market Strategist Sahil Kapoor: "With many pulls and push in the upcoming earnings seasons expect volatility to remain high and markets to regain a stronger footing as financial results are reported."

The Q2, 2019-20, earnings result season will kick off from next week. IT major Tata Consultancy Services (TCS) is expected to be the first blue-chip to come out with its Q2 result on October 10. Other companies such as Infosys, IndusInd Bank, and Union Bank of India are also expected to announce their Q2 earning results in the coming week. "Financial results of India Inc for the quarter ended September 30, 2019 will be closely watched in the truncated trading week ahead," HDFC Securities` Head Retail Research Deepak Jasani said.

"Infosys, TCS and IndusInd bank are some frontline companies that will declare their Q2 numbers in the forthcoming week." Apart from quarterly results, investors will look forward to the macro-economic data points of IIP (Index of Industrial Production), Consumer Price Index (CPI) and India`s trade figures. India`s industrial production data for August 2019 will be announced on October 11, 2019. On the global front, developments surrounding the US-China trade talks might also induce volatility.

"Investors` expectations are low, given Trump`s penchant for impulsive forays in the nearly two years of on-again, off-again negotiations," Jasani said. "Investors will also look ahead to the Federal Reserve releasing the minutes from its September meeting on Wednesday (October 9th)." Besides the macro-economic data points, Indian rupee`s movement will also have a bearing on the equities.

"Rupee closed unchanged on last day of the week at 70.88... RBI`s monetary policy did not help the rupee much. However, monetary and fiscal leeway would make currency weaker in near future," said Sajal Gupta, Head, Forex and Rates, Edelweiss Securities. "Fear of more fiscal slippage in days to come shall also be a concern for rupee. Next week range can be be seen at 70.60 to 71.80."

Additionally, technical charts showed that underlying trend of Nifty has turned bearish. "The reversal pattern formed as per smaller and larger time frame could open up some more weakness for next week," Jasani said. "After falling to near the crucial lower supports of 11,100-11,050 levels, there is a possibility of minor upside bounce by Nifty from the lower levels. But, the Nifty could eventually break this support band in the next few weeks."