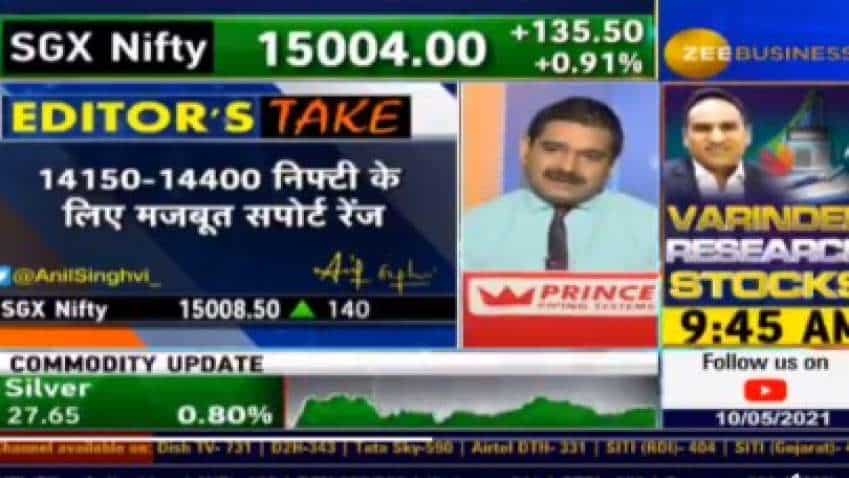 In a special edition of Editor’s Take, Zee Business Managing Editor Anil Singhvi said that Nifty breaking its resistance at a higher level between 14950-15000 would be relatively easy because of various current triggers. However, he added that he is not 100 per cent sure whether it will actually happen and all we can do is wait and watch. He explains further:

For the first time, the market didn’t make a lower level on intraday level (14150) and closing basis level (14254) in the last three sessions of decline, the Market Guru said.

Citing the reasons why there are chances of the market to break resistance, Singhvi says, since it has created a lower low, there is a chance of it breaching the current level and surging, moreover, global markets, especially the US, are stronger than before, which is creating a cushion for the Indian markets.

He also adds, similarly, FIIs (Foreign Institutional Investors) are yet to create their long positions and there will emerge a buying spree that may reduce selling pressure. The remaining, traders and domestic funds will take care of the rest.

At present, FIIs Index long position is still at 53 per cent.

Singhvi expects the market to post closing of 14900 level, which he suggests is quite feasible as SGX Nifty is above 15000 levels. He adds, if it closes around 14900 then this would be the first breakout indication for the benchmark index to zoom further.

Singhvi is 60 per cent optimistic that the market could break trading range and 40 per cent concerned that it could make an about turn from here.