Indian market created history on Monday as both Sensex and Nifty50 touched fresh record highs. Metal and power stocks led the rally from the front. Amongst the sectoral indices, all the indices, barring healthcare and telecom, ended in green wherein metal, IT and power were the top gainers. 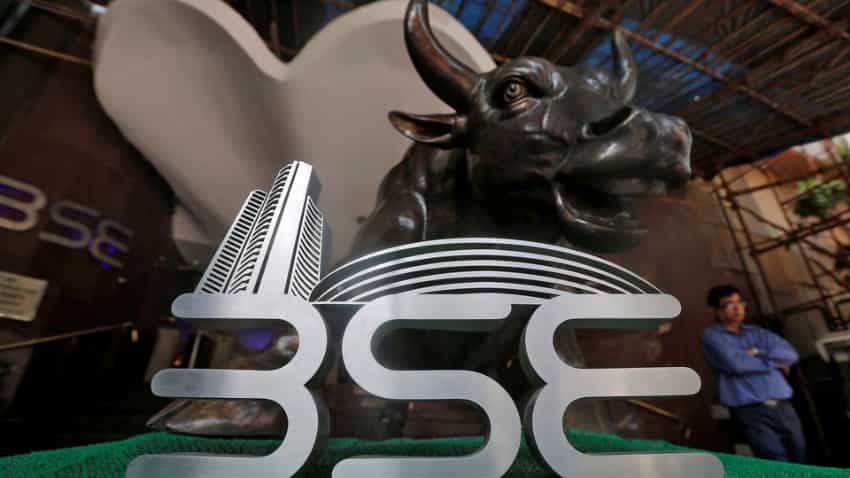 The broader markets too performed largely in line with the benchmark wherein midcap and smallcap ended higher by 1.2% and 0.6% respectively on Monday. Source: PTI

Indian market created history on Monday as both Sensex and Nifty50 touched fresh record highs. Metal and power stocks led the rally from the front.

After the gap up start, the benchmark hovered in a range till the end however movement on the stock-specific front kept the participants busy till the end.

The broader markets too performed largely in line with the benchmark wherein midcap and smallcap ended higher by 1.2% and 0.6% respectively on Monday.

Amongst the sectoral indices, all the indices, barring healthcare and telecom, ended in green wherein metal, IT and power were the top gainers.

“In absence of any major event, earnings will remain in focus, and we have a long list of index majors announcing their results this week. Participants will be closely eyeing the management commentaries for the future growth outlook,” Ajit Mishra, VP - Research, Religare Broking Ltd, said.

“Apart from this, global cues would also be on investors' radar. We reiterate our bullish view on the market and suggest using intermediate dips to add quality stocks,” he said.

Global stock indexes mostly rose on Monday following gains in U.S. mega-cap technology and other growth names, while five-year Treasury yields rose to their highest levels since early 2020. The dollar dipped after data showed production at U.S. factories fell by the most in seven months in September, erasing earlier gains.

MSCI’s gauge of stocks across the globe was also slightly higher, reversing earlier losses following data showing China’s gross domestic product grew 4.9% in the July-September quarter from a year earlier, its weakest pace since the third quarter of 2020.

Shares in Asia-Pacific rose in Tuesday morning trade, with Hong Kong stocks leading gains. The Nikkei 225 in Japan rose 0.50% while the Hang Seng Index gained 1.23% around 7:30 am (IST).

Production at U.S. factories fell by the most in 7 months

Production at U.S. factories fell by the most in seven months in September as an ongoing global shortage of semiconductors depressed motor vehicle output, further evidence that supply constraints were hampering economic growth, said a Reuters report.

Not to carry away by unrealistic gains stories: SEBI

Investors should observe maximum due diligence while investing in stock market and should not be carried away by the stories of unrealistic gains being made by others, Sebi Whole Time Member G Mahalingam said on Monday.

He, further, said that an investor should invest by taking into consideration his/her own risk appetite and should invest time in studying the fundamentals.

The private industrial capex appears to be getting into a whole new cycle after the pandemic hiccup, helped by conducive government support, accommodative monetary policies and global liquidity, Crisil Ratings said in a report.

Indian startups received a record funding of USD 10.9 billion across 347 deals in the third quarter of 2021, according to a PwC India report.

This is twice the amount of funding received in Q3 of the calendar year 2020 and an approximate increase of 41 per cent compared to the second quarter of 2021.

The rupee ended 9 paise lower at 75.35 (provisional) against the US dollar on Monday, tracking stronger greenback against key rivals overseas and rising global crude oil prices, said a PTI report.

As many as 32 companies on the BSE will declare their results for the quarter ended September that include names like ACC, ICICI Securities, Jubilant Ingrevia, L&T Technology Services, Mastek, Nestle India, Rallis India, and Rane Brake etc. among others.

Seven stocks – Amara Raja Batteries, BHEL, Escorts, Indiabulls Housing Finance, Idea, NALCO, and Sun TV - are under the F&O ban. Securities in the ban period under the F&O segment include companies in which the security has crossed 95 percent of the market-wide position limit.

(With inputs from PTI, Reuters & other agencies)