The Indian stock market on Monday snapped 4-day losing streak and ended positively. The S&P BSE Sensex gained around 150 points while the Nifty50 closed below 18150-level. 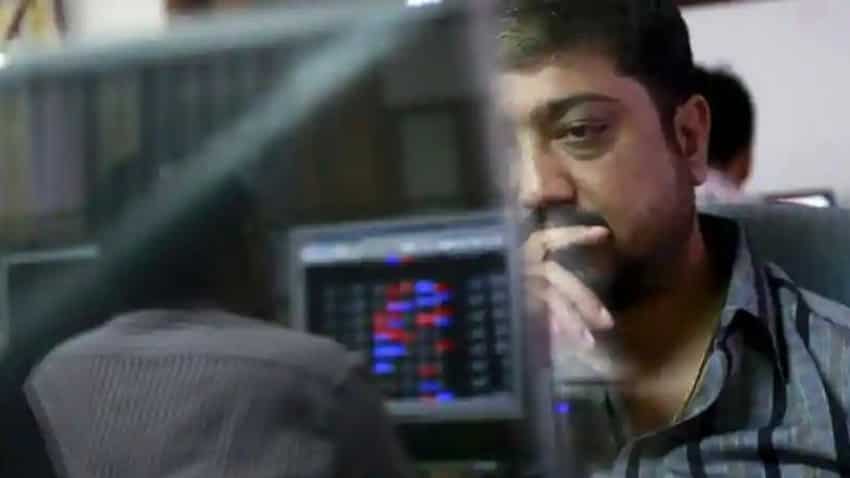 The Indian stock market on Monday snapped 4-day losing streak and ended positively. The S&P BSE Sensex gained around 150 points while the Nifty50 closed below 18150-level.

In the 50-share pack Nifty, ICICI Bank was the biggest gainer, up 10.85 per cent. Axis Bank, ONGC and JSW Steel were among other major gainers. BPCL was the top loser in the pack, down 3.48 per cent. SBI Life Insurance, Bajaj Finserv and Bajaj Auto were other losers in the pack.

Mohit Nigam, Head - PMS, Hem Securities said, “Benchmark indices ended the day’s session on a firm footing after a volatile start and strong buying interest witnessed in banking stocks with Nifty Bank closed 2.15 percent up and Nifty 50 ended on a flat note with 0.06 percent up.”

He added, “This outperformance of bank nifty is justified by the bank results so far and bullish trend may continue in future.”

According to Nigam, “The BSE Sensex index up by 145 points and closed 0.24 per cent up with eight of 30 stocks close in red. Volatility Gauge India VIX jumps by 0.34 per cent. Strong selling interest seen in Nifty IT with Nifty IT down by 1.10 per cent.”

On the global front, the analyst said, “A firm start for the European markets also helped the market sentiments with European stocks inch higher as commodity prices strengthened.”

The Nikkei 225 in Japan on Friday opened with a positive bias and was trading higher by 1.87 per cent while the Hang Seng Index was trading 0.22% below the previous closing at around 7:30 AM IST.

The number of registered investors on the National Stock Exchange of India (NSE) crossed five crore on Monday.

The total number of unique client codes registered with the exchange stand at 8.86 crore (clients could register with more than one trading member).

Oil prices extended pre-weekend gains on Monday to hit multi-year highs, lifted by tight global supply and strengthening fuel demand in the United States and beyond as economies recover from pandemic-induced slumps.

Both benchmarks closed last week with slight gains despite rising coronavirus cases in Britain and Eastern Europe, signalling a potentially difficult winter ahead.

The Indian rupee depreciated 14 paise to 75.04 against the US dollar in opening trade on Monday, weighed down firm crude oil prices and a muted trend in domestic equities.

At the interbank foreign exchange, the rupee opened on a weak note at 74.98, then fell further to 75.04, registering a decline of 14 paise from the last close. On Friday, the rupee had closed at 74.90 against the US dollar.

Meanwhile, the dollar index, which gauges the greenback's strength against a basket of six currencies, fell 0.12 per cent to 93.53.

The regulator had received a letter from Titan wherein it intimated about violation of Prevention of Insider Trading (PIT) regulations and the company's code of conduct for the prevention of insider trading by some of its designated persons/employees.

Thereafter, the regulator conducted an investigation in the scrip of Titan and observed several non-compliances with PIT Regulations during the period April 2018-March 2019 by employees and designated persons.

7 cos to get Sebi's nod for IPO

These companies, which filed their draft papers with Sebi between July and August, obtained the regulator's observations during October 18-22, an update with Sebi showed on Monday.

The economy is likely to register a 9.5 per cent growth this fiscal over 7.3 per cent contraction last year, as the ongoing recovery is faster and more credible than earlier foreseen, according to a Swiss brokerage UBS Securities India report.

It will gather more momentum in the second half of the current fiscal, but will slow down to 7.7 per cent next financial year, it added.

The government has budgeted for a 10.5 per cent growth this fiscal, but the Reserve Bank has scaled it down to 9.5 per cent. Ravaged by the pandemic, the economy tanked 7.3 per cent last fiscal, the worst and the third contraction on record.

Six stocks – Escorts, Indiabulls Housing Finance, IEX, NMDC, SAIL and Sun TV - are under the F&O ban. Securities in the ban period under the F&O segment include companies in which the security has crossed 95 percent of the market-wide position limit.