Anil Singhvi, Managing Editor, Zee Business, says, a correction of around 3% can come at any point of time in the market and it should be seen as a routine correction. 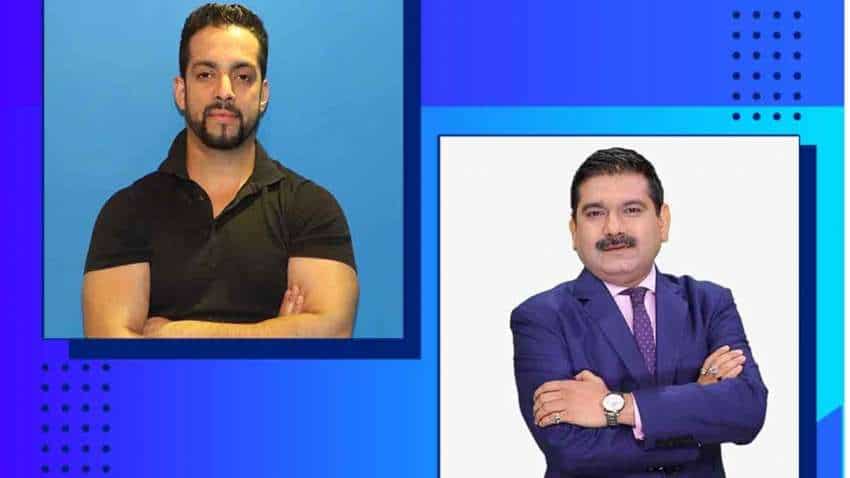 Anil Singhvi, Managing Editor, Zee Business, says, a correction of around 3% can come at any point of time in the market and it should be seen as a routine correction. During a candid radio podcast, 'Kadak Currency’ with RJ Salil Acharya, Radio City, 91.1 FM, Mumbai, Mr Singhvi said some bullishness is still there in the real estate segment, and an upside is expected in it. People can buy real estate stocks like Godrej Properties, Indiabulls Real Estate, Oberoi Realty, Sobha Developers, Prestige Estates, Brigade Enterprises and DLF, he said.

RJ Salil started the podcast, 'Kadak Currency' with a statement that these days there are significant ups and downs happening in a single day in the stock market due to which many people - perhaps who entered at the last - are trying to catch the running tail are getting stuck somewhere. So, what will you say? Mr Singhvi in his reply said, somewhere correction has to come, it has to come from some level and you don't know the level from which it will come. So, amid slight corrections, I think, a correction of around 3% can come at any point of time in the market and it should be seen as a routine correction, .i.e., a correction of 600-700 points on Nifty is not a big deal and almost the same correction has occurred. There is nothing to worry about.

In his next question of the podcast, RJ Salil enquired about Mr Singhvi's point of view on Gold and Silver for the next six months. To which Mr Singhi said they should be bought and he believes that 10-15% of a person's portfolio should be invested in Gold and there is no problem in it. These are available at attractive levels. Anyway, as equities have risen and are at slightly higher and risky levels, so, it is important to diversify the portfolio a bit. You can buy some gold and in terms of real estate, he has been saying that it should be bought and the highest ever registrations were seen during Navaratri, which stood around 400 registrations per day. This means around 4,500-5,000 registrations in eight to nine days. This is a signal towards a strong demand.

To which RJ Salil said, many people wait for festivals to buy things, maybe household items, stocks or new things. As it is a good time, so, good things should be bought due to which the markets run in the last three months and falls in January. Mr Singhvi in his reply said this trend of buying things during festivals or some special occasion is quite old for India and Indians. Now, let me tell you that the trend is such that whether there is an occasion or not, people are sitting in a way that they just have to buy maybe it is a home, vehicle or something else. It is a situation that they just want to fulfil their wishes. In one and a half year, CORONA has taught us to do whatever you want to do, maybe there is no Dussehra or Diwali and people have been buying even before it. So, the demand is quite strong and it is here to stay for some time. Besides, we are studying and understanding that this time people are getting strong increments and it is also possible that the increments will be strong in the future.

Continuing the podcast further, RJ Salil said, he wanted to discuss industry. He feels that the industry that has not been a part of this rall is Media industry. He enquired that has Mr Singhvi felt something confusing about it and asked for his outlook on the media industry for the next six months to one year. Mr Singhvi in his reply said that one of the reasons for it, keeping TV apart which was working during the lockdown as well, movies were not made and neither was released. There were problems in the media channels related to sports, so, the business has been a bit low in it, he said. Now, the business is picking up gradually, ground events will start happening, the revenues of media channels and entertainment companies will increase. The fundamental reason for not growing for them is that the business had decreased, said Mr Singhvi. He adds naturally, you and I both are a part of media - directly or indirectly - and we can see that last year has been very bad. However, these are returning to track this year and these stocks will also be back in action now.

After this, RJ Salil said that there has not been any discussion about the IPOs in the last one to two months. What is an update on LIC's IPO and will we get a chance in the next three to four months to see some big news about an IPO? To which Mr Singhvi said, IPOs are getting ready to come and Nykaa's IPO is about to come and many more IPOs will hit the market too. LIC's IPO will take some time and we will get a chance to see it next year, he said,adding but there are many interesting companies, unicorns and start-ups which will be listed after a break.

In his next question of the podcast, 'Kadak Currency', RJ Salil asked for Mr Singhvi's stock recommendations? To which, Mr Singhvi said, real estate stocks are quite strong. He feels that one can still buy real estate shares. There are Mumbai-based real estate stocks and are good like Godrej Properties, Indiabulls Real Estate and Oberoi Realty. There are some good companies in Bangalore as well, namely Sobha Developers, Prestige Estates and Brigade Enterprises. DLF is there in Delhi. One can opt for any stock from these. Mr Singhvi believes that the sector will be bullish for a longer period due to which an upside can be created in the segment, and therefore there is an opportunity to buy in these segments.