Market Guru in talk with RJ Salil Acharya of Radio City: Investors can invest in Banking and IT stocks

During a candid radio podcast, 'Kadak Currency’, with RJ Salil Acharya, Radio City, 91.1 FM, Mumbai, Anil Singhvi, Managing Editor at Zee Business said Banks are looking good to me and I expect that the results of the banks will be good due to the local factors in the quarter that starts in October. 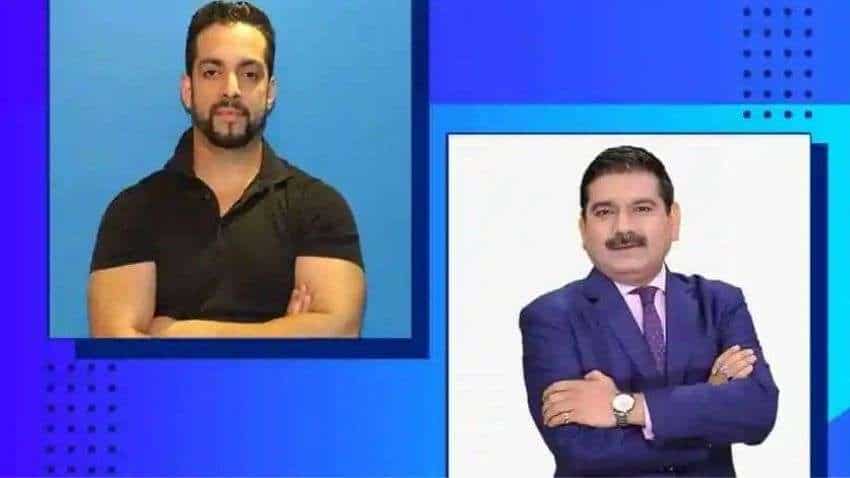 Anil Singhvi, Managing Editor, Zee Business, says, commodity prices rise due to rapid increase in demand or decline in supply but incidentally, nothing is visible on these two fronts. It seems that artificial demand is being created and artificial demand is being reduced. During a candid radio podcast, 'Kadak Currency’, with RJ Salil Acharya, Radio City, 91.1 FM, Mumbai, Mr Singhvi said Banks are looking good to me and I expect that the results of the banks will be good due to the local factors in the quarter that starts in October.

RJ Salil at the start of the podcast, ‘Kadak Currency’ said, it is said that if something has gone then running after it can be harmful at times. Do you think that the new stock market people who are getting tips through a different mechanism like WhatsApp or SMS or something else, should still make an entry or should wait and whenever correction comes maybe in a month or two or three, they should enter the market with cash in hand? To which Mr Singhvi said, all this happens in the booming market and it is not happening for the first or the last time. It has occurred in the past and will happen in the future as well in which there will be such news that will make you feel that buy at the moment. When you are investing when the market is at or around the lifetime high and in such a situation you have only one thing to keep in mind and that is time. The longer you hold it, the maximum is your chances to make money. Secondly, the beauty of this market is that when it will fall then everyone will fall and when it will rise almost everyone rises, maybe all will not rise together but all will decline when there is a fall. Therefore, if you have quality stocks then whenever the market will boom then you will get the cost of good and quality shares but if the company is bad then we don’t know that it will rise again or shut. So, check the quality once that the share is good and you have a long-term view of three years or a year, there is nothing to worry about.

Continuing the chat further, RJ Salil said, how big is China’s influence in the world, earlier there was a $300 billion problem of Evergrande, a big real estate company. Meanwhile, China is also bringing regulation and is talking such things that if a lot of money is available with you then it is not allowing it to increase a lot. What impact China has on the economies worldwide and will India be benefitted from it or will be at a loss? Mr Singhvi in his reply to the question said, several lectures and stories are going on in the WhatsApp University but I would like to say something that is quite serious and it is the way the prices of commodities are going up maybe it is of the natural gas, crude, metals, eatables, cotton, in fact, prices of almost every commodity is increasing very fast. Commodity prices rise for two reasons (i) there is a rapid increase in demand or (ii) rapid decline in supply. Incidentally, nothing such special is visible in both things. At places, it seems that artificial demand is being created and artificial supply is being reduced, for instance, containers are not available, which is a new thing. So, such things are going on in a world that is not comfortable. If commodity prices are increasing at a great pace, then it is beneficial for the companies who are making these commodities but for us and in general from the perspective of inflation, it is not good because the cost of raw materials of most of the companies will increase and prices of their products will increase and we will have to pay more for them. So, whatsoever is going on in the commodity markets of the world is a bit uncomfortable and creating discomfort. It is not giving a good feeling to the markets.

In his next question of the podcast, RJ Salil said can we afford the Rs 5-10 increase in petrol and diesel as crude oil prices are increasing across the world. GST Council has denied bringing petrol & diesel under its ambit, even states have denied doing so. So, what is the way forward and can we expect a big increment in the prices of petrol & diesel? Mr Singhvi said, 100% there is no doubt. Earlier, it seemed that a brake will be applied on the inflation of the edible oils, so, the prices of edible oils will go up or not but it is sure that the price of petrol and diesel will increase and it will create a problem for each one of us. So, the prices will increase, which will contribute to inflation. Besides, it does not seem that the government will make any tax cut on it. Secondly, when things fall between the state and the centre then decisions are not taken at an ease. So, the discussions on the issue have just begun in the GST council and when the final agreement will be reached to bring it under the ambit of GST. Till it is not brought till then the central government will ask states to reduce the tax while the state expects that it should be done by the centre. Till then we will have to pay the high costs of petrol and diesel and there is no second option for it.

Towards the end of the podcast, RJ Salil said, last week a situation came where everyone was feeling that it can be a chance for few people who were away from the market when the market turned bearish. But the Indian market had rebounded amazingly as the markets in none of the markets in Asia or the world is running as the Indian market is running. So, do you think that right now what are the sectors or stocks where bullishness is awaiting and we can put our money? Mr Singhvi said there is no problem for longer-term while certain jerks can be felt in the short term and you should be prepared for it. As far as, where investment can be made then invest only in the sectors that weakens a bit in this correction. Banks is a sector that is looking good to me and I expect that the result of the banks will be good in this quarter that starts from October and you can invest money in the sector. The second is IT share because results of the IT sectors will be good as demand is strong globally and due to local factors, you can expect that the results of the banks will be strong.