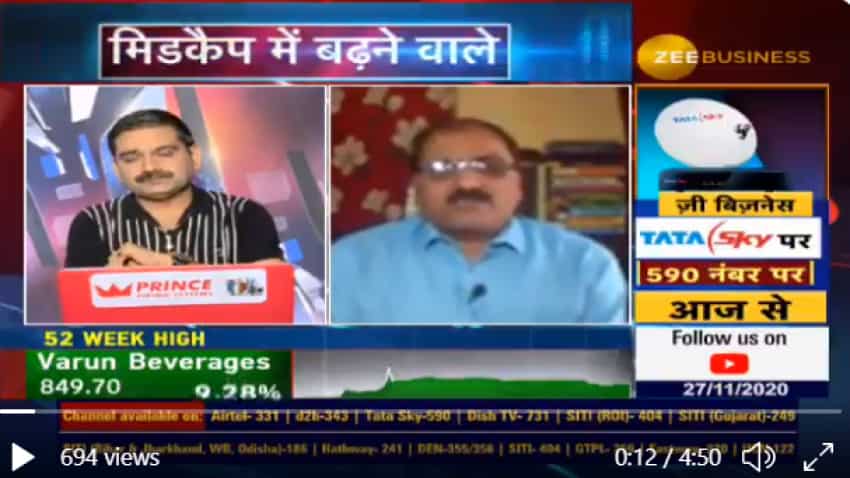 The last trading day of the week saw stock markets ending in the red with the BSE Sensex closing at 44,149.72 points, down by 110.02 points even as NSE Nifty closed at 12,968.95 points, down by 18.05 points. As the stock market action was going on in full swing, Zee Business Managing Editor Anil Singhvi on Friday revealed a big news about fundraising plans by Kesoram Industries.

Find detail coverage in the video below:

“Big lenders such Farallon Capital, Goldman Sachs and Edelweiss will fund this entire amount. Big portion of the funding will be done through NCD, while remaining funding will be come in forms of Zero Coupon Optionally Convertible Redeemable Preference Shares and equities. In the company’s board meeting on Monday, it will be decided how much money will be invested through what mediums,” Brajesh Mishra said.

The picture in this regard will be clearer after Kesoram Industries Board meeting on Monday, he said. Brajesh said the money raised with the help of these companies will be first used to clear loans of SBI and Axis Bank. He said once the company settles loans of Axis Bank and SBI, its problem of raising working capital from other banks will be very much solved and there won’t be much liquidity issue with the company.

Market Guru Anil Singhvi said the move was on expected lines and this is a very good fund-raising plan which might also help in re-rating of Kesoram Industries. He said if this fundraising plan materialises in the board meeting of the company on Monday, it won’t be surprising if the share price reaches Rs 65 to Rs 70 in days to come.

Singhvi concluded by saying that those companies, especially mid cap and small cap cement companies, where fund raising is being done, balance sheets are improving, debt leveraging is reducing are likely to benefit these companies going forward.