Amid better-than-expected first-quarter earnings, the shares of Jubilant FoodWorks touched a new life high, surging by 11 per cent to Rs 3399 per share on the BSE intraday trade, the scrip has been continuously gaining since the market open on Thursday. 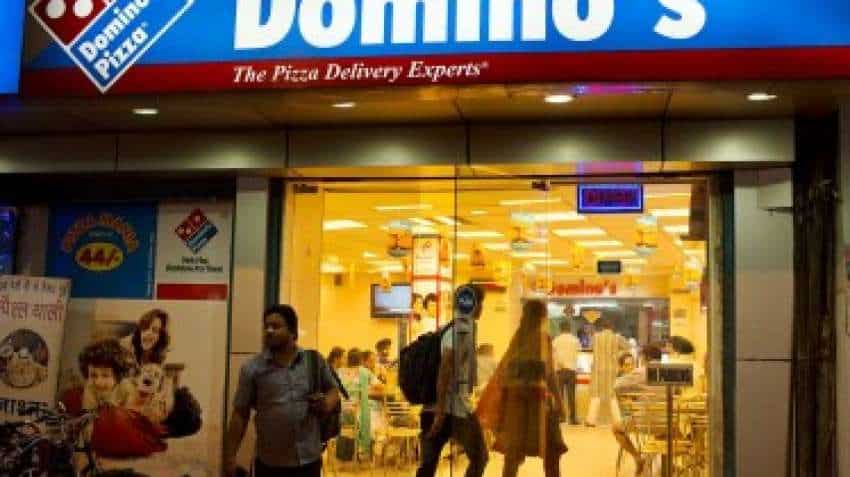 Amid better-than-expected first-quarter earnings, the shares of Jubilant FoodWorks touched a new life high, surging by 11 per cent to Rs 3399 per share on the BSE intraday trade, the scrip has been continuously gaining since the market open on Thursday.

Jubilant FoodWorks, which owns restaurant chains such as Dominos, Mad Over Donuts and Popeyes, reported a net profit of Rs 63 crore in the June-ended quarter of the financial year 2021-22 as compared to a net loss of Rs 74 crore was reported during the corresponding period in FY21.

The company’s store openings were largely impacted across the country amid the second wave of the COVID-19 pandemic. It said the growth was mostly driven by like-for-like sales growth (at 120 per cent) and same-store growth of 114 percent in Domino’s Pizza.

The operator of quick-service restaurants — Jubliant Foods revenue grew over 131 percent to Rs 879 crore in the Q1 FY22, as against Rs 388 crore in the corresponding quarter of the previous fiscal.

At around 10:16 am, the stock is trading 9.84 per cent higher to Rs 3364.25 per share on the BSE, as compared to an over 1 per cent rise in the S&P BSE Sensex. The counter in the last five sessions have been trading near Rs 3100 per share levels and was weak a day before Q1 earning of the company.

The first-quarter sales growth, led by delivery, was impressive during a disrupted quarter, HSBC said in a brokerage report maintaining a Buy call for a target price of Rs 3650 per share. It added, Jubilant FoodWorks now appears structural winner in QSR with new formats and Domino’s growth.

Morgan Stanley maintains an Overweight rating on Jubilant FoodWorks and remains constructive on a medium-term strategy of physical and digital scaling. The brokerage says the company accelerated its store addition target of 150-175 stores in FY22.

To contrary, Goldman Sachs maintains a Sell call on Jubilant FoodWorks given headwinds to earnings growth, it downgrades the target price to Rs 1293 per share. The brokerage expects Dine-in revenue likely to pick up with re-opening and system sales have almost recovered.