Jet Airways stock down in dumps, what should investors do? Experts weigh in

Beleaguered private airline Jet Airways has found no solution, at the moment, to carve out a path that can drag it out of its financial crises. Once a high flyer, Jet listed at Rs 1,155 in 2005 April, but since then it has lost almost 89 per cent of its share value - over a period of  14 years. 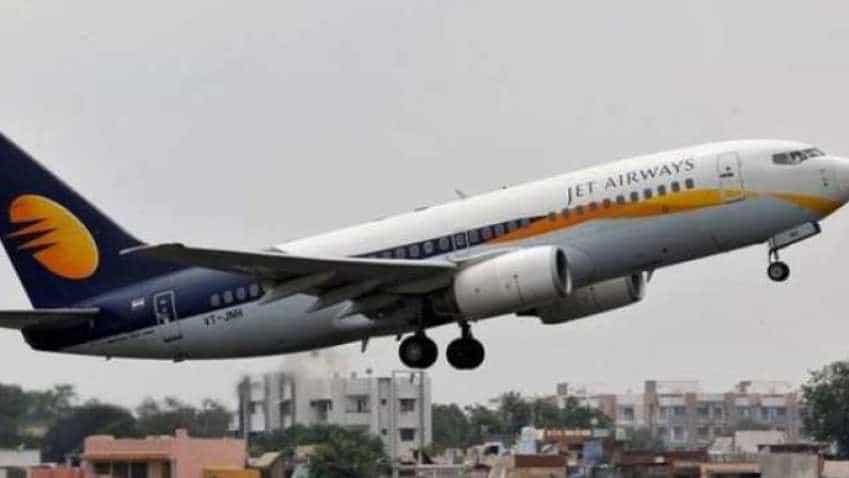 Beleaguered private airline Jet Airways has found no solution, at the moment, to carve out a path that can drag it out of its financial crises. Once a high flyer, Jet listed at Rs 1,155 in 2005 April, but since then it has lost almost 89 per cent of its share value - over a period of  14 years. Naresh Goyal started Jet Airways in 1991, taking advantage of the opening of the Indian economy and supportive policies of the government. Jet Airways commenced its commercial operations on May 05, 1993 and soon became a world class airlines. Jet soared and grabbed the biggest share by any private airlines in the industry.  However, the market became competitive as the low cost carrier Indigo started gaining traction, which made Jet lose the market share in 2012 as per a report by ET Now.

To manage the market and operational issues, Goyal inked a strategic partner deal with Etihad Airways, selling 24% equity stake of Jet Airways to Etihad in November 2013. While Naresh Goyal retained 51 per cent stake. Since then the situation has not turned good for the airliner as it has been reporting consistent quarterly losses, delayed payments of loans, and things got so bad it could not even clear salaries of staff.

Kunal Saraogi, CEO, Equity Rush told Zee Business Online, ''The airlines is likely to get some aid from lenders and government soon, however it will take some time. As of now the company has shut down its operations already and its share  price is hovering at nearly 10 year lows. In present situation, the retail investors are advised to stay away from any kind of investments as the stock will likely to remain volatile for a period. The newsworthy stock is already at huge discounts but it is not a good option to buy at present. It is also experiencing further hit as the overall aviation sector is down.

In the meanwhile, Jet Airways compelled the company to seek $840-million bailout from the shareholders. Last month the bailout was approved by the shareholders for conversion of loan into equity. However, failing to get Rs 1,500 crore interim funding for a period of 2 months from lenders, Naresh Goyal and Anita Goyal stepped down from the board. The cash strapped company announced a shutdown of its operations on 17 April due to present situation.

''The stock is not good to buy at the moment as it has failed to sustain the levels of Rs 160 or above. The rising crude oil has hit the overall aviation market, which made Jet hit Rs 127 in the morning trade. Still no buying is advised until it closes Rs 165 or above, however in case it closes at said levels, buy for a long term target of Rs 180-185 can be eyed. But until crude comes down and Jet stables, shareholders to stay away from any fresh buying as it could go further down,'' said Simi Bhaumik, Equity Technical analyst.

Last week, the consortium of lenders, led by the State Bank of India (SBI), informed Jet Airways that they were unable to approve the critical interim funding request. To which company in a statement said, ''Since no emergency funding from the lenders or any other source was forthcoming, the airline would not be able to pay for fuel or other critical services to keep the operations going. Consequently, with immediate effect, Jet Airways was compelled to cancel all its international and domestic flights."

Meanwhile, SBI has started the bidding process for stake sale in the carrier and clarity on potential bidders of Jet is likely to come next month. The total debt burden of the carrier is over Rs 8,500 crore, while its debt obligation at the end of March was over Rs 1,500 crore. Even as the company is fighting for survival, its 23,000 employees are hoping that all ends well.