IndusInd Bank shares jumped 3.5 per cent to Rs 1009 per share on the BSE intraday trade today, as the private sector lender's profit almost doubles in the first quarter of the financial year 2021-22. 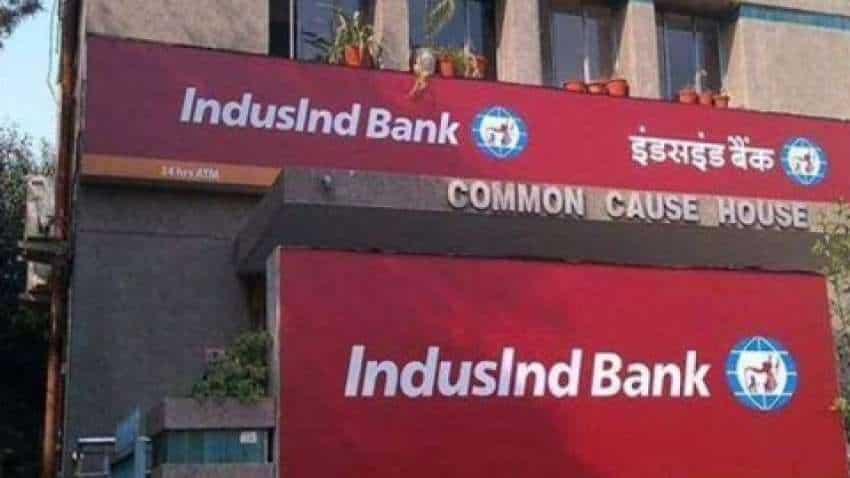 IndusInd Bank shares jumped 3.5 per cent to Rs 1009 per share on the BSE intraday trade today, as the private sector lender's profit almost doubles in the first quarter of the financial year 2021-22.

The stock became the top gainer by 2.5 per cent at open today on the Nifty Index, beating the street’s expectations with respect to Q1 results on Tuesday.

The bank reported a consolidated net profit of Rs 1,061 crore in the June-ended quarter of FY22, as against Rs 510 crore in the same period a year ago. While its net interest income (NII) grew by 8 per cent to Rs 3,563.7 crore from Rs 3,309 crore year-on-year, as per the exchange filing.

IndusInd Bank’s asset quality performance seems manageable, says CLSA while maintaining a Buy and raises the price target to Rs 1350 per share. The brokerage says that the management intends to focus on growth as the second wave impact subsidies and Q1 PPoP in line with estimates.

IndusInd Bank reported healthy results with core pre-provisioning operating profit growth of 26 per cent YoY, Goldman Sachs says, further adding that the bank is well-positioned in certain businesses such as commercial retail. It maintains a Buy rating with a price target of Rs 1222 per share.

While UBS raises loan growth estimates for IndusInd Bank for FY22 to 13 per cent and maintains a Neutral stance on the stock with a price target of Rs 1100 per share. It says that the management expects to see the cost of deposits go down further as it cut deposit rates by 50 basis points.

Morgan Stanley expecting a good recovery in H2FY22 says IndusInd Bank’s Q1 bad loan formation at 2.1% of loans was good and core PPoP 8 per cent above estimates, while balance sheet has firmed in pone year. It maintains an Overweight rating with a price target of Rs 1225 per share.

At around 12:00 pm, the stock is trading around 1 per cent higher to Rs 985 per share on the BSE, as compared to an over 1 per cent decline in the S&P BSE Sensex.