We believe that the strong buying momentum by FIIs is likely to continue. If we compare other Emerging Markets (EM) as a peer, Indian Equity is growing and likely to stay in a sweet spot, compared to others, Rajesh Palviya, VP - Technical & Derivative Research, Axis Securities – said 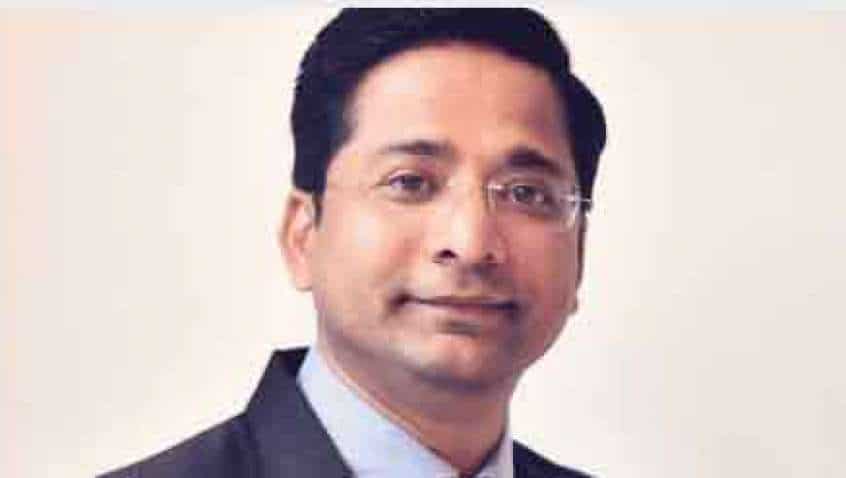 We believe that the strong buying momentum by FIIs is likely to continue. If we compare other Emerging Markets (EM) as a peer, Indian Equity is growing and likely to stay in a sweet spot, compared to others, Rajesh Palviya, VP - Technical & Derivative Research, Axis Securities – said in an interview with Zeebiz’s Kshitij Anand. Edited excerpts:

Q) A volatile week for Indian markets as Nifty50 fell more than 1%. What led to the price action on D-Street?

A) Domestic equity indices closed lower on Friday, following the risk-off sentiment in the global markets. India VIX rose after a long time which definitively indicates a cautious approach, but right now it has come back to its comfort zone - below the long-term averages.

A weak roll over into October series hints at a cautious approach amid weak global cues. Traders rolling out few long positions in the Nifty50 while position in BankNifty on the long side have also been rolled. Declining cost of carry indicates traders are reluctant to bet on expensive markets.

The market witnessed some profit booking in sectors where we have witnessed a strong rally in the recent past while sell-off in the global markets spilled over to the domestic markets too.

Other concerns include more persistent inflation due to the rising commodity prices, and prospect of the US Federal Reserve, reducing its asset purchases and a hike in interest rates in 2022 and Evergrande issue kept investors away.

Strong macro data and expectations towards Strong earnings momentum is the key driver, going forward. The market sentiment is also buoyed by the vaccination drive.

Q) What are your views on FII action in September series and how do you see the action moving in October?

A) FIIs have net bought Indian equities worth $1.4 bln in September, following over $1 bn worth of equities bought in August.

Going forward, we believe that the strong buying momentum by FIIs is likely to continue. If we compare other Emerging Markets (EM) as a peer, Indian Equity is growing and likely to stay in a sweet spot, compared to others.

Q) Nifty rose more than 5% in September series. What does the data suggest for October series? Which are the important levels to watch out for on Nifty and Nifty Bank?

The market breadth also improved significantly with participation in midcap and smallcap space. The Nifty rollover stands at 74.98% on Thursday compared to 83.98% on the same day of the previous expiry.

The market wide rollover stands at 92.05% on Thursday as compared to 89.15% on the same day of previous expiry.

Taking option data into consideration, signification position build up is being seen on the physiological levels 17000-17500 & 18000-18500 which clearly signifies that immediate resistance is near 18000 mark.

If Nifty manages to cross above the said level, we may see a short covering action and fresh up move towards 18400 / 18500 levels.

For Bank Nifty option data suggest that Call and PUT writers positioned wide spread across various strikes such as 37500, 38000 and 39000 while put writers positions are at 37000 and 36000 strikes.

Bank Nifty CE writers are aggressive at 38000 strike price and any breakout above 38000 would trigger short covering and then Bank Nifty can scale up towards 38500-39000 levels.

Q) Has the market texture changed from buy on dips to sell on rallies?

A) After a strong runup in the recent past, some profit taking has been witnessed in the selective sectors, but long/short term setup is positive for Nifty and Bank Nifty.

We believe that the market is going to exhibit more upside in the coming months and sectorial rotation would help Nifty hold the ground in bullish territory.

It is still a buy on dips market, and one should buy the sectors/ stocks which are correcting towards their near-term support levels during the volatility.

Q) In terms of sectors – Utilities, power and realty stocks witnessed buying interest. Do you think the momentum will continue in these sectors in October as well, or should investors book profits?

A) Utilities, Power and Realty sector are showing buying interest after a long underperformance, and these sectors managed to give a breakout of their long consolidation range which suggests that sectors will likely witness further upside in coming months, and can do well.

Investors who have bought from a short-term perspective can book partial gains, while any pullback in the sector due to volatility in the market will be an opportunity to reinitiate buying stocks for investors who have missed the initial move.

It is advisable to wait for some corrective action to get into as a fresh buying opportunity, going ahead.

Q) Any 3-5 beaten-down stocks that could be a buy on dip candidate for the next 3-4 weeks?

A) We expect these sectors to perform in the coming weeks - Power, Cement, NBFC, Telecom, PSU Banks, and IT.

Some of the stocks which we like after the corrective action in the recent past: