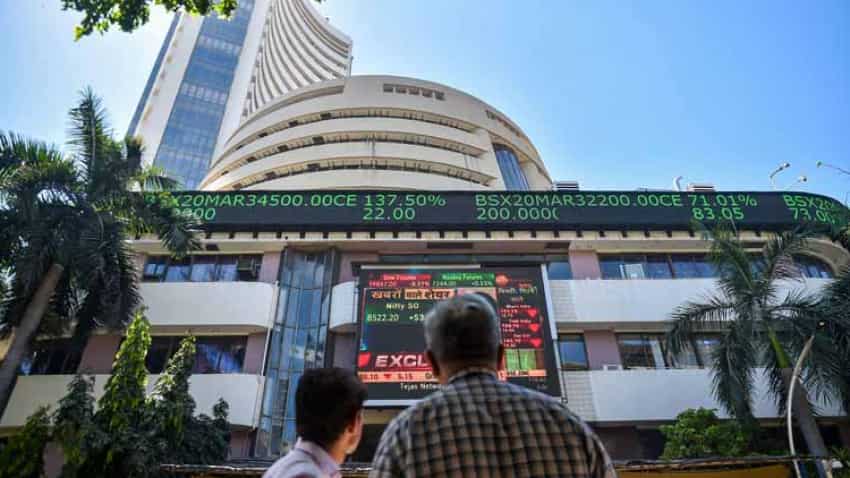 India Cements (down 0.27%): Shares of India Cements were trading in red after it posted its December quarter numbers today and reported a Rs 62 crore profit year-on-year against a loss of Rs 5.3 crore posted last year.

Jyothy Labs (down 2.52%): Shares of Jyothy Labs were trading down after it reported a net profit of Rs 53 crore for the quarter ended December 31, 2020, against Rs 45 crore posted last year in the same quarter.

Tata Elxsi (up 5.52%): Shares of Tata Elxsi were trading higher after it announced a collaboration with Syntiant Corp. to help manufacturers design and develop low-power always-on voice applications across multiple product categories, such as smart home devices and consumer electronics, as well as industrial and automotive use cases.

Gayatri Projects (up 2.56%): The shares of Gayatri Projects were trading higher today after it reported that it has received four Letter of Awards (LOAs) for Pipe Drinking Water Schemes from Namami Gange and Rural Water Supply Department in the State of Uttar Pradesh, in a joint venture where the Company's share is 97.5%, for a total value of INR 1,748.00 Crores. All the above LOAs pertain to water division.

RITES (down 0.35%): Shares of RITES Ltd were trading down. The company has announced that it has secured a road sector Project Management Consultancy work order from Kerala Infrastructure Investment Fund Board) (KIIFB), Govt. of Kerala with a fee income of Rs 61.25 Crores.

Railway Exclusive: L&T (down 0.59%) /IRCON International (down 0.65%) /HCC (up 1.27%) /J Kumar Infra (up 0.73%) /ITD Cementation (up 1.64%). These companies among others are in the race of Mega Bullet Train project, sources aware of the development informed Zee Business. Project is connected to an underground station in BKC. NHSRCL has released the tender. Seven companies participated in the pre-bid meeting and February 19, 2021, is the last date for bidding.