“If you’re in the luckiest 1% of humanity, you owe it to the rest of humanity to think about the other 99%” 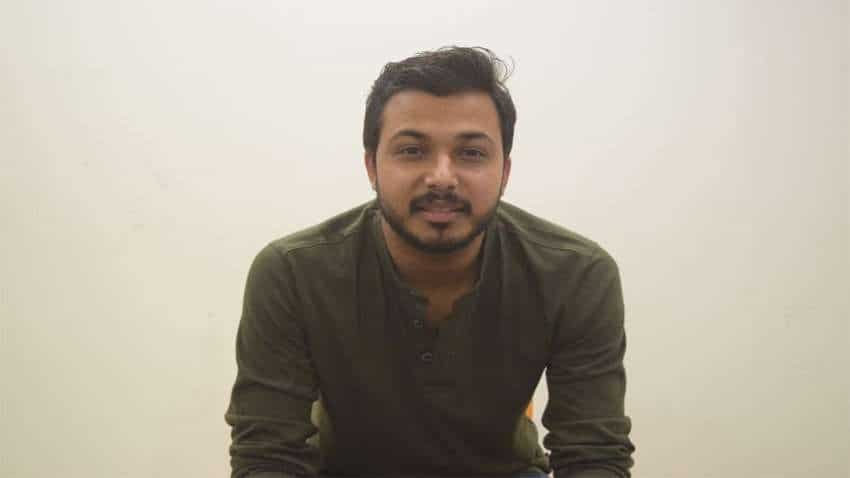 Legendary stock market investor and a very knowledgeable man who is seen as a role model to all the stock market enthusiasts, Warren Buffet gave the above mentioned quote and is exemplary of the vision that such stalwarts have in life. It is exceedingly becoming the goal for those who are able to cap the benefits of the stock market to thrive higher.

We bring to you the story of Vibhor Varshney, a dynamic stock market enthusiast and mentor, who is revamping how people in India encapsulate the vast ocean of the stock market by actively guiding them towards informed investing.

Vibhor Varshney has a proven record of breaking the glass ceiling from his first investment of Rs 3000 to today generating long term wealth for not only himself but for those who believe in the power of stock market by imparting substantial value.

A former CA aspirant who subsequently went for CS but had to give in to several health complications, Vibhor was a money geek since childhood and had a profound sense of making it big in the finance industry. He made plans but god had better plans and a more fulfilling career path for him waiting ahead.

In the period when he was juggling with his health and Company Secretary preparations, he became fascinated towards the world of investing. A self learner and action taker since childhood, Vibhor began surfing each corner of the stock market to get his hands on some information that would help him with his journey. He took the plunge and invested his first amount at a very young age, this was the rise of the phoenix.

From that time till now, Vibhor has successfully incepted the renowned firm Vighnahara Investment Solutions, a meticulously built investment solutions agency that has brought a ball game change into the vision of many who have associated themselves with the firm.

"I found Vighnahara after a lot of deliberations. Being a stock market broker, I believe in doing research that is practical, so after my analysis, I realized that there was very little information about the stock market in India and this needed to change. I knew that people want to learn but they don't have proper resources for that, so Vighnahara was the solution that came into my mind. The name of the company is synonymous to the name of Lord Ganesh who is seen as the epitome of taking away all obstacles in life. In the similar fashion, our company is dedicated to solving all the problems of those who want to build long term wealth by investments", says Vibhor Varshney.

"During my initial phase of stock market, I tried to learn as much as possible. All the terminologies were new and sometimes I used to Google about how to trade and how to invest and sometimes I used to ask people about it. I opened a demat account with the help of my friend and I suffered the initial loss of rupees 500 to the profit of Rs10 only. The ratio of loss and profit was big but I knew that I had to learn as much as possible. Reflecting back I think I would have made better decisions if someone would have guided me on this path. I am glad that I am becoming that someone for scores of believers today with Vighnahara", adds Vibhor.

Believer of giving his knowledge back to humanity, Vibhor has a Telegram with over a lakh users and a YouTube channel to impart robust information to people across ages for free.