SpiceJet share price is showing upside momentum and one can buy the counter at around Rs 100 for the target of Rs 140, say experts. 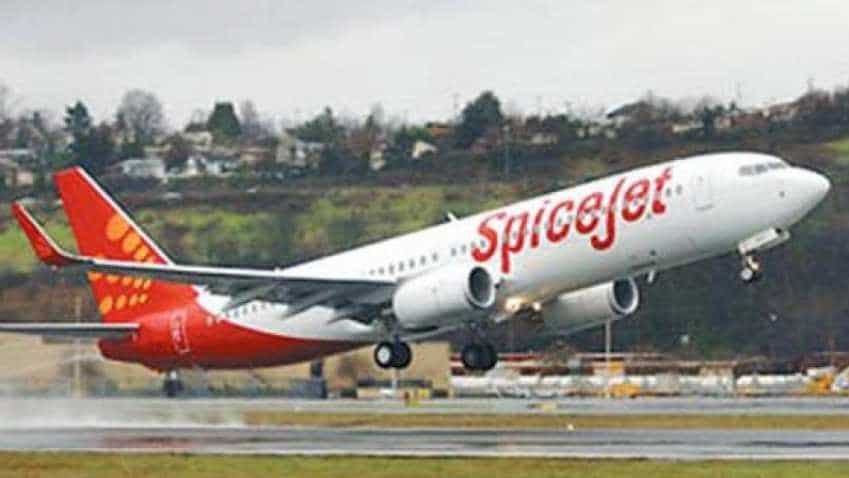 SpiceJet 2QFY20 results were weaker than expected (Reported loss of Rs 4.6 bn) due to the adverse impact from the grounding of the 737 MAX planes as well as seasonality. Despite YoY robust growth in its income from Rs 1,882 crore in Q2FY19 to Rs 2,759 crore in Q2FY20 — an increase of nearly 46.5 per cent — the company has reported rise in its YoY loss of some 19 per cent. This led to a correction in the SpiceJet share price from around Rs 115 per stock levels to Rs 107 today. This has attracted the eyeballs of the stock market experts because they believe that the weak results have had its full impact on the SpiceJet stock and now the aviation counter may show some upside movement - it may well have created a how to become rich on stock markets moment.

Experts are of the opinion that SpiceJet fundamentals are still strong and it has added to its fleet and now boasts a total number of 113 planes. They believe it would show some fresh upside momentum in the aviation counter and in long-term means one year time period, it may hit Rs 140 per stock levels.

Aditya Makharia, Analyst, HDFC Securities said, "While the near term demand trends are soft, the management is hopeful of a recovery in H1CY20. We believe that the sector dynamics will remain favorable due to the recent consolidation in the industry. This will ensure pricing discipline in the medium term. After aggressive fleet addition in Q1FY20, the airline added 4 NGs this quarter, taking the fleet strength to 113 planes. SpiceJet is banking on an early return of the MAX planes to service, which will drive operational efficiencies. In the interim, they are inducting aircraft on short term leases in the ongoing winter schedule."

Makharia went on to add that SpiceJet is expanding its international operations post the grounding of Jet Airways. Further, the carrier has added 2 more freighters in the quarter as the airline will increase its cargo services. The carrier is growing by expanding in the regional routes under the UDAN scheme and is now focusing on overseas/cargo segments.

On his suggestion to the stock market investors, Makharia said, "SpiceJet share price is showing some upside movement and one can take a buy position in the counter for the target of Rs 140 per stock level in the long-term perspective."

Currently, the SpiceJet shares are oscillating around Rs 107 per share levels.