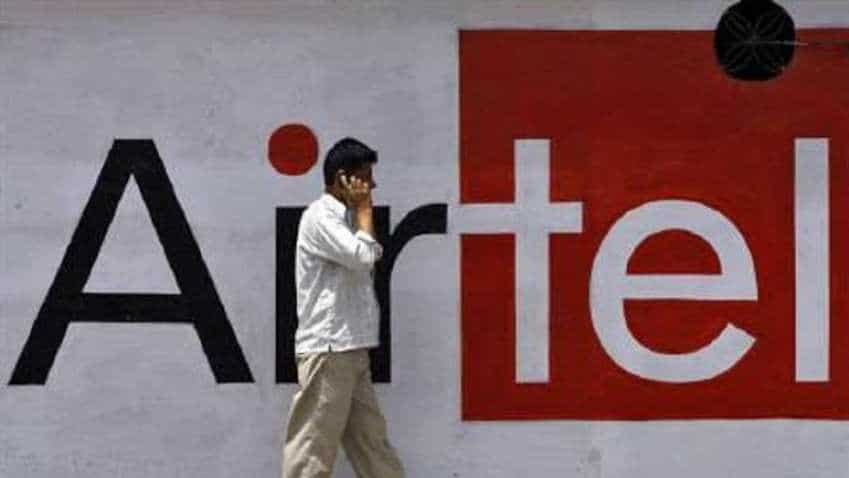 Bharti Airtel share price should be bought at Rs 400 per stock levels as there is some profit-booking awaited in the telecom counter, say experts. Photo: Reuters
Written By: Asit Manohar
Edited By: Harish Dugh
RELATED NEWS

Bharti Airtel's share price has been moving upward after the announcement of its Q2FY20 results. According to the stock market experts, the quarterly numbers of the telecom stock didn't look promising but the one-time provisioning of nearly Rs 30,000 crore by Bharti Airtel has boosted the confidence of the stock market investors in the company. Share market experts are of the opinion that one can buy the Bharti Airtel counter at around Rs 380-400 per stock levels for the target of Rs 500 in the next three months.

Why Bharti Airtel shares are rising
Chandan Taparia, Derivative & Technical Analyst at Motilal Oswal said, "Bharti Airtel has been moving upward only because of the one-time provisioning being done by the telecom major in its Q2FY20 results. It has boosted the market and investors' sentiment and this led to the recent rally in the Bharti Airtel shares."

Bharti Airtel strategy for investors
Asked about the strategy that a share market investor should maintain in regard to the Bharti Airtel counter, Taparia said, "One can buy the counter at current levels for the immediate target of Rs 425."