Nifty has witnessed formation of a bearish engulfing top after a sustained rise. Nifty 12730-12745 could be the support for the near term while 12934-12948 could be the resistance. Nifty could face selling pressure on rises from hereon for the next few days. 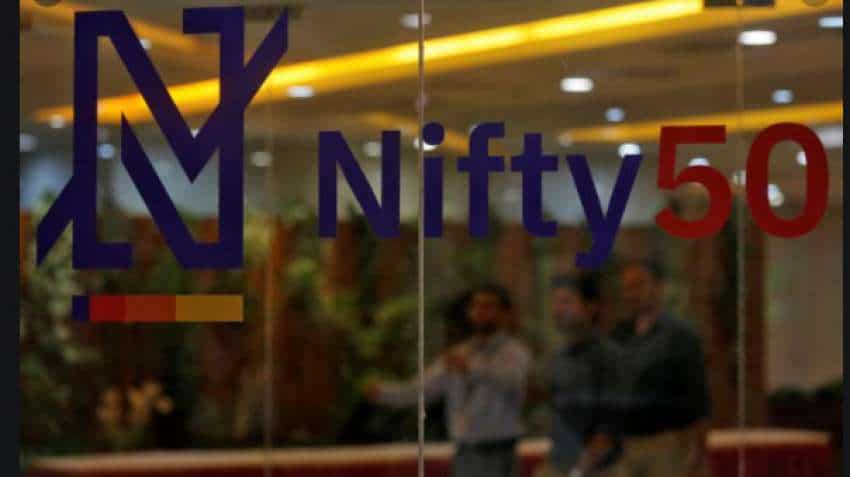 Nifty on the weekly chart showed higher level sell off and the market is placed at the edge of the support of the long term uptrend line: Zee Business
Reported By: ZeeBiz WebTeam
Written By: Rahul Kamdar
Edited By: Harish Dugh
RELATED NEWS

Indian equity benchmark indices came under huge selling pressure on Nov 25 after three day gaining streak and ended deep in the red. At close Nifty ended down at 12,858.40, falling 196.75 points or 1.51 percent.

Nifty opened up but ran into two bouts of selling pressure at 10 am and later at 1.40 pm. These were in line with selling spree in Asian and European markets. Volumes on the NSE were in line with that of the previous session. Among sectors, PSU Bank index ended in the positive, while Realty, Banks, Telecom, Pharma, IT and Auto indices were main losers.

Global Markets paused for breath after opening steady after yesterday's global 'melt-up'. Markets may struggle to rise from here ahead of tomorrow's Thanksgiving holiday in the US and Gurunanak Jayanti holiday in India on Monday, with a further uplift in month-end selling pressure now expected.

The European Central Bank (ECB) on Wednesday warned that European banks will not see profits return to pre-pandemic levels before 2022.

Nifty has witnessed formation of a bearish engulfing top after a sustained rise. Nifty 12730-12745 could be the support for the near term while 12934-12948 could be the resistance. Nifty could face selling pressure on rises from hereon for the next few days.

After showing a sharp upmove bounce in the last few sessions, Nifty witnessed steep profit booking from the highs on Wednesday and closed the day lower by 196 points. After opening on a positive note, Nifty registered a new all time highs of 13145 in the early part of the session and later slipped into decline from the highs. The mid part intraday upside recovery attempt has failed and the weakness got intensified in the afternoon to later part of the session and Nifty closed near the lows. The opening upside gap has been filled completely.

A long negative candle was formed from the new highs and that has engulfed the high low range of previous two sessions. This pattern could be considered as a bearish engulfing pattern. Hence, this market action could indicate a reversal type formation at the highs and this need to be confirmed with more weakness.

In the previous couple of occasions, the formation of bearish engulfing patterns have failed to show follow-through weakness in the market and Nifty bounced back from the lows in the subsequent sessions. Hence, follow-through market action is necessary for the short term.

Nifty on the weekly chart showed higher level sell off and the market is placed at the edge of the support of the long term uptrend line (connected from top to top-weekly/monthly time frame chart) around 12850-12800 levels. If this area holds for the next 1-2 sessions, then one may expect a possibility of an upside bounce from the lower levels.

Conclusion: The sharp weakness of Wednesday could raise chances of trend reversal at the all time high of 13145 levels. A sharp follow-through weakness is going to be crucial to confirm short term top formation in the market. Nifty sustaining at the immediate support at 12800 levels in the next 1-2 sessions could open chances of upside bounce in the market and also more upside in the near term.