Mentioning that the government’s breather to telecom sector indeed relieving, Zee Business Managing Editor and the Market Guru Anil Singhvi says, the pressure on balance sheet and pricing power would uplift the industry and would push the space for a re-rating. 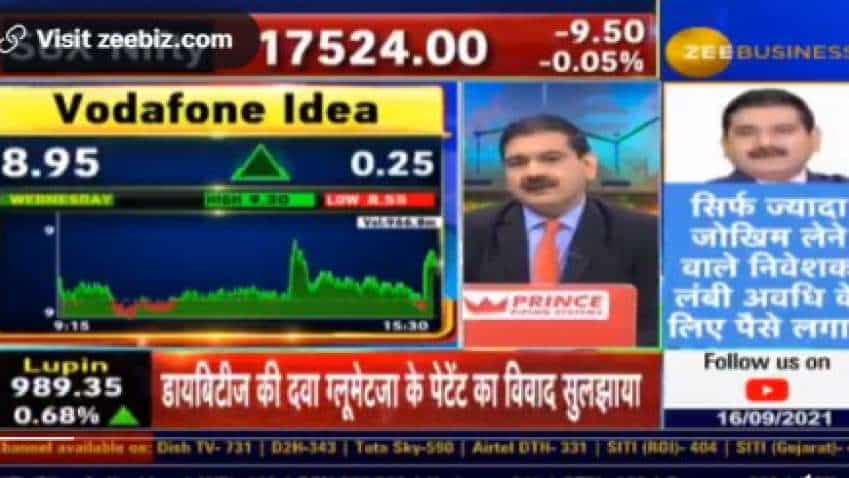 Not just the telecom sector, the market guru says, this is positive news for banks too, including PSU Banks: Zee Business
Written By: Vaibhav Gautam Bansode
Edited By: Ravi Kant Kumar
RELATED NEWS

Mentioning that the government’s breather to telecom sector indeed relieving, Zee Business Managing Editor and the Market Guru Anil Singhvi says, the pressure on the balance sheet and pricing power would uplift the industry and would push the space for a re-rating.

The market guru says, the pressure on the balance sheet of telecom companies due to AGR and other dues will reduce, while the pricing power would help these companies to raise profitability, and eventually these companies, especially Bharti Airtel and Vodafone Idea able to clear their dues.

The measures are mostly relieving to distressed third-largest telecom firm Vodafone Idea (Vi), as the onus now is on the company to revive and survive, says the managing editor. Adding further, it is positive news for customers, investors, management, banks, and even for the government.

He adds, the survival of the Vi is guaranteed after this relief, however, only time will reveal how the company is able to return to profits. The government rationalised the Adjusted Gross Revenue (AGR) definition to exclude non-telecom revenues and approved a 4-year moratorium on telecom dues.

Over a period of time, the dependence on mobile phones and data consumption has increased, hence slowly and gradually, we could witness the pricing power the telecom companies would get, which will be helpful for them for re-rating going forward, says the market guru.

Singhvi picks Bharti Airtel as the safer bet in the sector and expects the stock price to touch Rs 850-900 per share levels on long-term amid government’s measures, as Reliance Industries is an amalgamation of a lot of business, Vodafone Idea is still a risky bet in terms of risk on return.

For instance, IDFC First Bank has done provisioning of Rs 3500 crore to Vodafone Idea and with this government measures they are likely to write-back this amount and may receive profit, says Singhvi, adding further that the stock price slip to Rs 45 from Rs 60-65 per share amid ongoing concerns of Vi.

Similarly, the recent run-up of IndusInd bank is also because of this news of government measures, the market guru explains, He adds, even PSU banks such as SBI are also getting in action, as the pressure on the banks will be less now due to these measures and it would try to outperform from here.