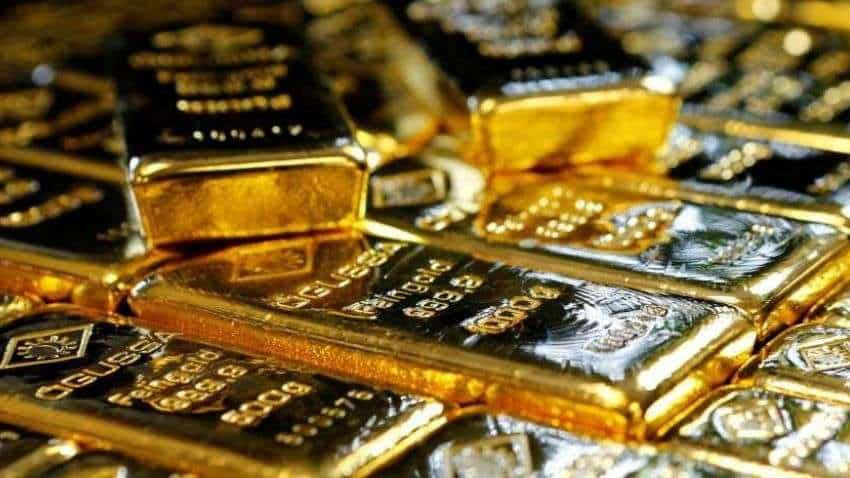 India Gold October futures edged lower on Thursday following muted trend seen in the international spot prices after the U.S. Federal Reserve signaled the easing of its monthly bond purchases by next year.

Spot gold was trading at $1,762.33 per ounce, said a Reuters report. Gold is often considered a hedge against higher inflation, but a Fed rate hike would dull bullion’s appeal, it said.

Gold and silver extended gains on Wednesday ahead of the Federal Reserve meeting outcomes. Both the precious metals settled on a positive note in the international markets.

Gold and silver prices traded firm on Wednesday but witnessed profit booking after the US Federal Reserve meeting outcome. The central bank left policy rates unchanged and continued its bond-buying program but as per the latest economic projections, it sees the first potential interest rate hike in 2022.

International gold & silver spot and futures fell on Wednesday after the U.S. Federal Reserve signalled a sooner-than-expected interest rate hike and easing of its bond purchases by the middle of next year.

Domestic gold and silver futures ended higher on Wednesday ahead of the U.S. Federal Reserve meeting.

The U.S. Dollar and the benchmark treasury yields rose after the Fed meeting and weighed on prices.

The Federal Reserve said it will likely begin reducing its monthly bond purchases as soon as November and signalled interest rate increases may follow more quickly than expected.

Gold on MCX closed on a positive note as fears of a spillover from China Evergrande's debt woes drove demand for safe haven.

Bullion Index futures on MCX could start gap down on Thursday morning trade.

Technically, MCXBULLDEX September could trade on Bearish note within the range of 13700-14050 levels.

The gold prices reversed its entire earlier gains after the US Fed chairman mentioned gradual start of tapering its $120 billion monthly asset purchase.

The exact timeline is still not announced however acknowledging the economic recovery and vaccination drive fed has been laying out the carpet for a tapering announcement in coming months.

The outlook for gold is negative and becoming a purely skilled traders’ play with pivotal price points.

Traders are advised to create fresh buy positions in Gold and Silver in gap down opening, traders should focus on important technical levels given below for the day: