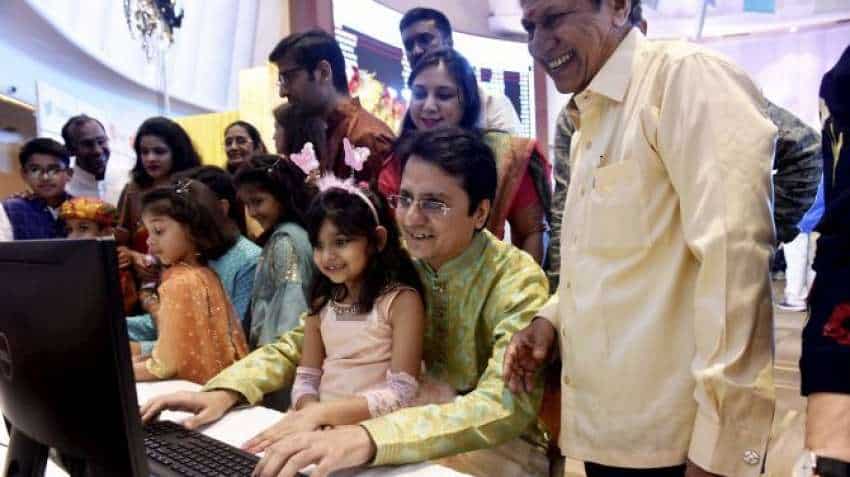 The majority of the market analysts term Samvat 2077 as an Extraordinary, Fabulous, and Dream Run: PTI

While on the Nifty50, Tata Motors surged most in the last one year by over 233 per cent, followed by Tata Steel up over 170 per cent at the second position. And, Bajaj Finserv, SBI, and Hindalco each gained over 142, 127 and 122 per cent respectively during Samvat 2077 out of top 50 stocks.

On the contrary, Hero Moto decline most by over 14.2 per cent in the last one year along with Dr Reddy’s down 2.2 per cent on the Nifty Index too during Samvat 2077.

Out of 12 counters on Nifty Bank, India’s largest lender State Bank of India surged over 127 per cent contributing most to the banking index’s growth during the year. On the second spot, Federal Bank reported largest growth of 80 per cent in the one last year.

Similarly, ICICI Bank grew over 65 per cent, while IDFC First and IndusInd Bank each up over 58 per cent on the Nifty Bank Index. While Bandhan Bank slipped most on the index down 10 per cent.

The majority of the market analysts term Samvat 2077 as an Extraordinary, Fabulous, and Dream Run! On average, the market registers a gain of around 16-17 per cent with respect to benchmarks during any given Samvat has reported a growth of around 40 per cent during the Samvat 2077.