Most of this out-performance has come in the last decade (2010-20), with FMCG returns at 15 per cent Cagr, materially higher than those generated in Nifty (9 per cent Cagr). 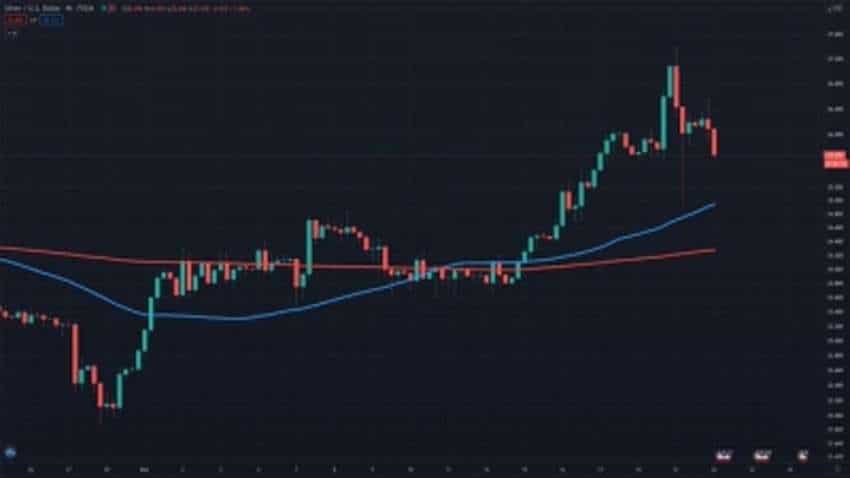 As per a research by Jefferies, over the last two decades, while Nifty has returned 11.4 per cent Cagr, the market-cap weighted performance for eight FMCG companies (HUL, ITC, Nestle, Britannia, Dabur, Marico, GCPL, Colgate) stood at 14.2 per cent Cagr.

Consumer staple sector or fast-moving consumer goods (FMCG) stocks have significantly outperformed the market over the past 20 years, as per a report in IANS.

Most of this out-performance has come in the last decade (2010-20), with FMCG returns at 15 per cent Cagr, materially higher than those generated in Nifty (9 per cent Cagr).

In the prior decade (2000-2010), the sector performed broadly similar to the broader market although there were periods of significant underperformance and outperformance, the report said.

For example, among the seven time periods considered in the analysis, consumer staples underperformed the Nifty in three time periods (CY02-CY03, CY04-CY07 and April-2020 to till date).

The most prominent period of underperformance was between CY02 to CY07, when Nifty was up 6x over a 6 year-period, while consumer staples was up only 2x. This was the period where India witnessed an investment-led strong economic growth.

The report said a lot changed post the Global Financial Crisis (GFC) in 2008 when FMCG companies showed resilience and the sector managed to outperform the broader markets (Nifty). This outperformance sustained through the next decade, across three subsequent time blocks, i.e., CY08-CY09, CY10-CY16 and CY17 to March 2020.

"Starting April-20, consumer staples has again underperformed vs. Nifty, as the latter has recovered sharply from lows made during the first Covid-19 wave," the report said.

It also said that FMCG stocks are boring in growth phase. The sector starts to under-perform in periods of strong economic growth. While a pick-up in economic activity does help accelerate revenue growth for staples too, the impact is much lower when compared to cyclical sectors.

It added that staples can do well on an absolute basis, even if it underperforms. For example, during 2004-07, FMCG sector returned 18% Cagr which is one of the best in identified time blocks. Yet, the sector underperformed as Nifty returns were at 34% Cagr, with BSE Capital Goods index returning 70% Cagr during this period.

Even during periods of under/out-performance versus broader markets, there is always a potential to identify winners as 20 year history suggests significant divergence between individual stocks versus the sector. For example, the sector under-performance of 2004-07 (which saw strong Nifty returns) was mostly led by HUL while Marico and Dabur outperformed Nifty meaningfully.

Delhi Water Supply to be AFFECTED in THESE areas TODAY and TOMORROW; check TIMINGS, HELPLINE numbers for water tanker and other details here