Evergrande seems like China’s Lehman moment, Uday Kotak said on Twitter, adding that it reminds us of IL&FS. 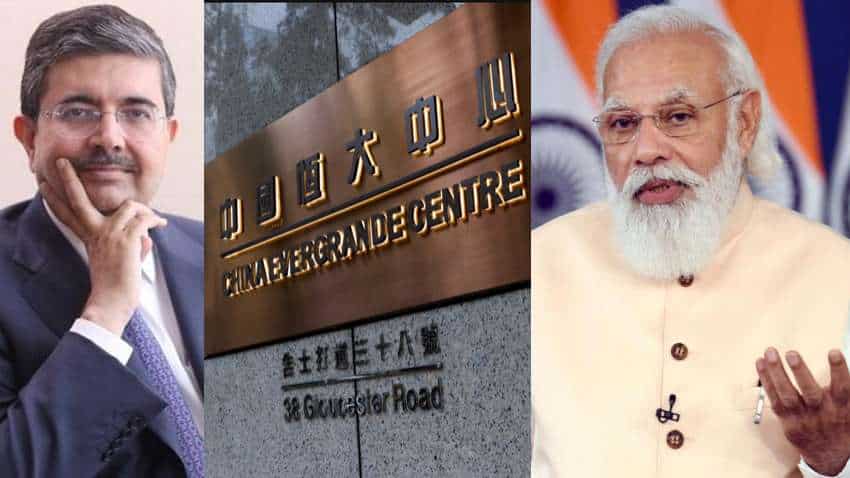 Global stock markets on Tuesday were caught in the grip of contagion fears sparked by troubles at China Evergrande as growing risks the property giant could default on its massive debt prompted investors to flee riskier assets. Selling pressure persisted in early trade in Asia ahead of a major test for Evergrande this week, which is due to pay $83.5 million in interest relating to its March 2022 bond on Thursday. It has another $47.5 million payment due on Sept. 29 for March 2024 notes.

Amid all these developments, Uday Kotak, CEO of Kotak Mahindra Bank, took to Twitter to express his what he felt about China Evergrande crisis, and how unlike China, Indian government acted swiftly in the matter of IL&FS and provided calm to financial markets.
Evergrande

Evergrande seems like China’s Lehman moment, Uday Kotak said on Twitter, adding that it reminds us of IL&FS.

In an apparent dig at China, Uday Kotak wrote, "Evergrande bonds in China trading ~ 25 cents to a $."

Noteworthy, both bonds - March 2022, March 2024 - would default if Evergrande fails to settle the interest within 30 days of the scheduled payment dates.

Shares in Evergrande have been scrambling to raise funds to pay its many lenders, suppliers and investors.

Regulators have warned that its $305 billion of liabilities could spark broader risks to China`s financial system if its debts are not stabilized.