Eicher Motors on Thursday reported a consolidated profit after tax of Rs 237 crore for the quarter ended June, riding on improved sales. 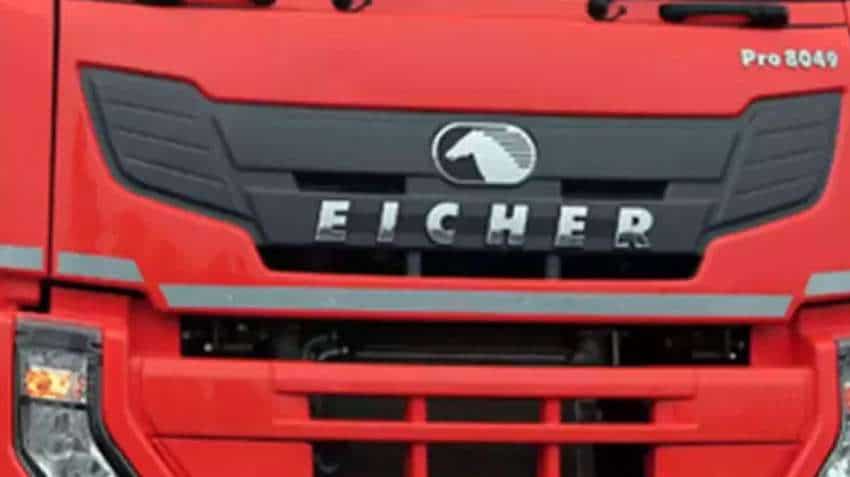 Eicher Motors on Thursday reported a consolidated profit after tax of Rs 237 crore for the quarter ended June, riding on improved sales.

Royal Enfield, a part of Eicher Motors, reported sales of 1,22,170 motorcycles in the first quarter, an over two-fold increase from 58,383 units sold in Q1 of last fiscal.

The company also said Vinod Dasari, Royal Enfield CEO, is stepping down with effect from August 13. The company has appointed B Govindarajan as executive director to head the Royal Enfield business.

Commenting on the Q1 performance, Eicher Motors Managing Director Siddhartha Lal said with the second wave of the pandemic sweeping across the country and making its impact felt through the economic cycle, the previous quarter presented a challenging environment for the automotive sector overall.

"However, we continue to believe in our strong business fundamentals and are positive about the long-term prospects and performance of both Royal Enfield and VECV. Despite the unprecedented situation, we stayed resilient and delivered the strongest ever quarter for Royal Enfield in international markets," he noted.

In the domestic market, the company's bookings saw an uptick in the month of June as local lockdowns and restrictions were gradually lifted across the country, Lal said.

The global shortage of semiconductors continues to be a concern, and is likely to hamper production for the ongoing quarter, and possibly through the rest of the year as well, he added.

"While the economy continues to recover, we remain optimistic and committed to our strategic focus areas moving forward," Lal stated.

In a virtual press meet, he noted that new product launches have been delayed due to production challenges. However, Lal said the situation is expected to become relatively better during the second half of the fiscal.

To a query related to capital expenditure for enhancing production capacities, he said, "We had a capex of around Rs 500 crore last year, we are expecting to do similar kind this year as well."

Royal Enfield has already undertaken price hikes in June and July to offset some of the impact of increase in commodity prices, Lal said in answer to another question.

Commenting on Royal Enfield business, Dasari said the company's razor-sharp business focus, long-term thinking and commitment to the market, complemented by digital initiatives helped it navigate through the challenges and register an overall buoyant performance during the quarter.

"We registered our best ever quarterly performance in international markets with a year-on-year increase of more than 400 per cent, on the back of strong performance in the Americas.

"We are investing in CKD (completely knocked down) facility units to further strengthen our presence in key potential markets. After Argentina, we have recently set up a CKD assembly unit in Colombia," he noted.

The company has also marked its entry into the Netherlands and Singapore with flagship, exclusive stores, Dasari said.

"Also, our enhanced focus on building a pure motorcycling ecosystem has resulted in consistent growth in non-motorcycling revenues across apparel, accessories and spares. Constraints on account of local and global supply chain disruptions continue to impact us, but we are working closely with our suppliers to quickly resolve them," he added.

With a growing preference for personal mobility among consumers, improving economy and demand sentiment, and strong product pipeline, the company is optimistic about stronger recovery once supply chain stabilises during the second half of the year, Lal said.

VECV's revenue from operations stood at Rs 1,639 crore, up from Rs 641 crore in the same period last year.

On Dasari's stepping down, Eicher Motors said he is moving out of the Royal Enfield business to dedicate time and energy to pursue his personal passion and ambition in affordable healthcare.

Dasari has recently set up a not-for-profit hospital in Chennai, and intends to commit his time towards the cause of building affordable and accessible healthcare facilities.

B Govindarajan will take on the responsibility of leading Royal Enfield, the company said.

Effective August 18, he will be inducted as a wholetime director on the board of Eicher Motors and will take on as Executive Director - Royal Enfield. Govindarajan has been the chief operating officer at Royal Enfield since 2013.

"He also very ably led the company through tough and unprecedented times over the last year and half. I wish Vinod the very best as he leaves us to pursue a project that is close to his heart," Lal said.

Dasari served as Royal Enfield CEO for about two years.