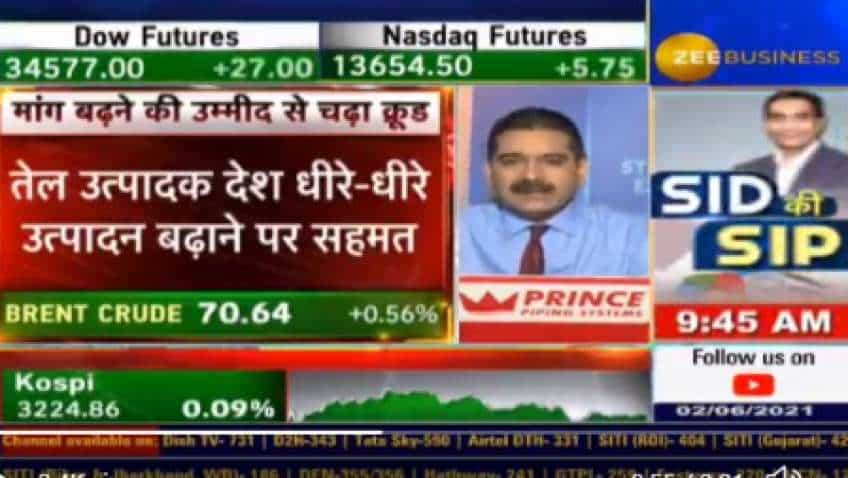 The crude oil touched two-year high levels after OPEC (Organization of the Petroleum Exporting Countries) decided to increase output on Tuesday. Zee Business Managing Editor Anil Singhvi decodes that the rise in production and price of crude is a clear indication of global recovery.

While citing a demand and supply method example, Singhvi said, “It’s obvious that the production of any commodity is increased only when there is demand and with the rise in demand, the cost/price of the commodity also increases.” Brent Crude on Wednesday breached the $70 per barrel mark.

The coronavirus blues are fading away, due to which the recovery in the global economy is visible, eventually will strengthen the global markets, with this the demand in crude increasing too.”

The rise in crude price is adverse for the Indian economy as it increases, the country’s import bill, said the market guru, adding further, it will be on OPEC how much would they charge per barrel.

For domestic markets, its mixed kind of situation as at one hand the global economy is recovering which would definitely aid India to grow along, and on the other hand crude price hike would dent its import situation, the market guru concluded.

According to the Reuters report, “The OPEC and allies - known collectively as OPEC+ - decided in April to return 2.1 million barrels per day (bpd) of supply to the market during May through July as it anticipated demand would rise despite high numbers of coronavirus cases in India.”

Speaking after an OPEC+ conference in Vienna Saudi Energy Minister Prince Abdulaziz bin Salman said he saw a good recovery in demand in the United States and China.