DLF to launch 35 mn sq/ft of new projects in medium term with sales potential of about Rs 40,000 cr

Bullish on demand for residential and commercial properties, Realty major DLF Ltd has identified a robust pipeline of new projects and will launch 35 million square feet area in medium term with a sales potential of around Rs 40,000 crore 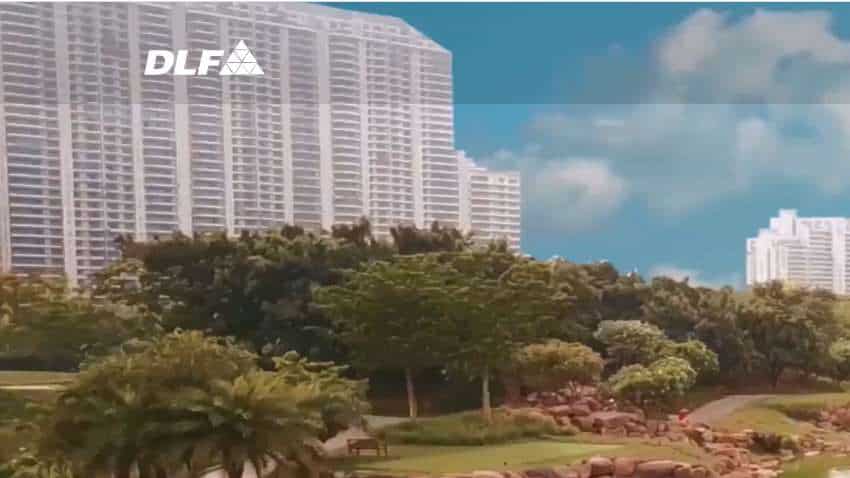 In an analyst presentation, DLF mentioned that nearly 8 million square feet will be launched during the second half of the current fiscal. Source: Website

Bullish on demand for residential and commercial properties, Realty major DLF Ltd has identified a robust pipeline of new projects and will launch 35 million square feet area in medium term with a sales potential of around Rs 40,000 crore.

In an analyst presentation, DLF mentioned that nearly 8 million square feet will be launched during the second half of the current fiscal.

To scale up its business, the company said: "Around 35 million square feet of new products planned in medium term."

These projects will be launched at established locations with infrastructure in place.

As per the presentation, the total sales revenue potential of 35 million square feet project is Rs 36,000-40,000 crore.

According to the launch calendar, DLF has already launched 2 million square feet till September this year out of planned 35 million sq ft in medium term.

During the second half of this fiscal, it is targeting to launch 7.7 million square feet of projects.

In terms of sales potential, DLF expects to generate Rs 12,000-15,000 crore from its upcoming housing project at Moti Nagar, near Central Delhi.

DLF has also identified 10 million square feet of premium/luxury housing for launches having a sales potential of Rs 10,000-10,500 crore.

It also plans to launch 9 million square feet of value homes in Gurugram, Chennai and Chandigarh area for sales value of Rs 4,500 crore.

On commercial real estate side, DLF is developing an office park in Gurugram with joint venture partner US-based Hines. The total size of this project is 3 million square feet with sales potential of Rs 6,000-7,000 crore.

That apart, DLF plans to launch an IT park in Noida as well as commercial spaces in Gurugram and the national capital.

On revival in housing demand, DLF has already sold residential properties of over Rs 2,500 crore in the first two quarters of this fiscal.

At the start of this fiscal, the company had given a guidance of Rs 1,000 crore sales bookings in every quarter.

"Surplus cash generation in the medium term after meeting near term construction outflows," the company said.

DLF has reduced its net debt by 16 per cent during the July-September period to Rs 3,985 crore from Rs 4,745 crore at the end of June quarter of this fiscal year.

"Completed inventory and project receivables sufficient to discharge all current liabilities," it said.

Last week, DLF reported a 66 per cent increase in consolidated net profit at Rs 378.12 crore for the quarter ended September from Rs 227.75 crore in the year-ago period.

Total income, however, declined to Rs 1,556.53 crore in the second quarter of the current fiscal from Rs 1,723.09 crore in the corresponding period of the previous year.

In a statement issued on Thursday, DLF's CEO Ashok Kumar Tyagi had said, "We are encouraged by the rising housing sales and improving consumer sentiments across segments and remain committed to bringing new offerings to the market."

"We believe our quality offerings across our completed inventory, growing new product pipeline coupled with a fortified balance sheet has placed the company in a unique position to scale up and leverage this growth cycle," he said.