The Sensex jumped over 1000 points and the Nifty surpassed the 17450-level, mostly led by the banking and financial stocks, reacting to the RBI MPC’s bi-monthly policy decision today. 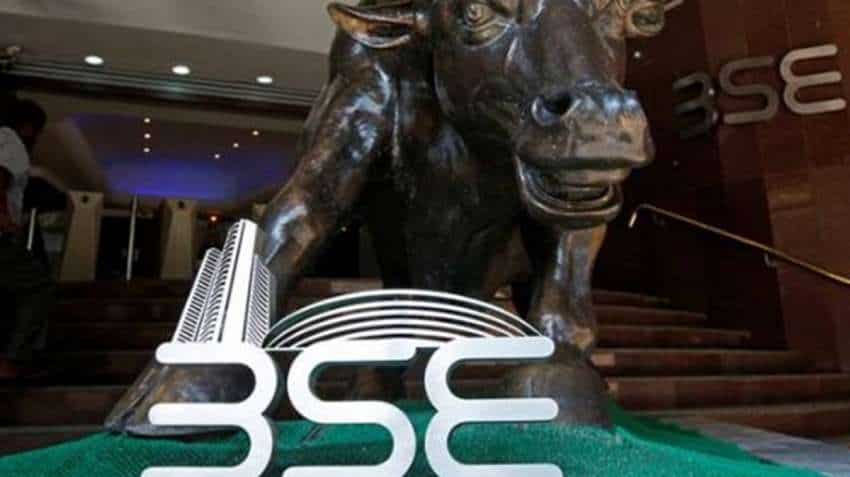 Of 50 scrips on the Nifty, 45 advanced and 5 declined at the market close: PTI

Surging for the second straight session, the Indian markets witnessed heavy buying on Wednesday, as the Sensex jumped over 1000 points and the Nifty surpassed the 17450-level, mostly led by the banking and financial stocks, reacting to the RBI MPC’s bi-monthly policy decision today.

The Sensex in the last two sessions have gained over 2000 points and the Nifty50 has closed at an important level above the 17400-mark giving investors an optimistic view mainly due to the RBI’s monetary policy decision, which kept the benchmark interest rates unchanged for the ninth time.

Of 50 scrips on the Nifty, 45 advanced and 5 declined at the market close. Bajaj Finance became the top gainer, up almost 4 per cent, followed by Maruti and Hindalco each up above 3 per cent and only HDFC Life shares slipped over 1 per cent in an otherwise positive market at the close on Wednesday.

In the IPO segment, it’s the last day for Rategain Travel Technologies to subscribe to the offer and Shriram Properties have opened today. The former has been 65 per cent so far and the latter received 77 per cent bids, both the IPOs have been driven by strong retail demand.

The market expert and Head of Research at Geojit Financial Services, Vinod Nair in his most market comment said, “Fears over Omicron faded as recent reports suggested that the new virus isn’t deadly as earlier anticipated and this helped the market to add-on to recent strong gains.”

“The market turned positive over RBI’s continued accommodative stance and MPC kept the rates unchanged. The GDP forecast for FY22 remained high at 9.5 per cent showing confidence over economic recovery and the inflation forecast is below the market estimates, the analyst added.

“RBI keeping accommodative stance with interest rate unchanged gives a clear signal that RBI is giving a strong & durable support to the economy without downsizing any support which will be beneficial for the equity markets as well,” Mohit Nigam, Head - PMS, Hem Securities pointed out.

He added, “Despite record equity selling by FIIs, RBI has done well to defend the currency and made sure that imported inflation is under check. Immediate support and resistance for Nifty 50 is 17200 and 17700 and for Bank Nifty is 36900 and 37800.”

According to Ajit Mishra, VP - Research, Religare Broking Ltd in his post-market comment said, “As RBI policy is behind us, the focus will shift back to global cues and upcoming macro data (IIP & CPI). Further, the primary markets will keep investors busy as the number of IPOs is lined up.”