In Asia, emerging market currencies recovered from a widespread sell-off last week, brushing off the fallout from the collapse in Turkey`s lira. Turkish markets are closed for much of this week, although the lira was lower despite a mild recovery last week. 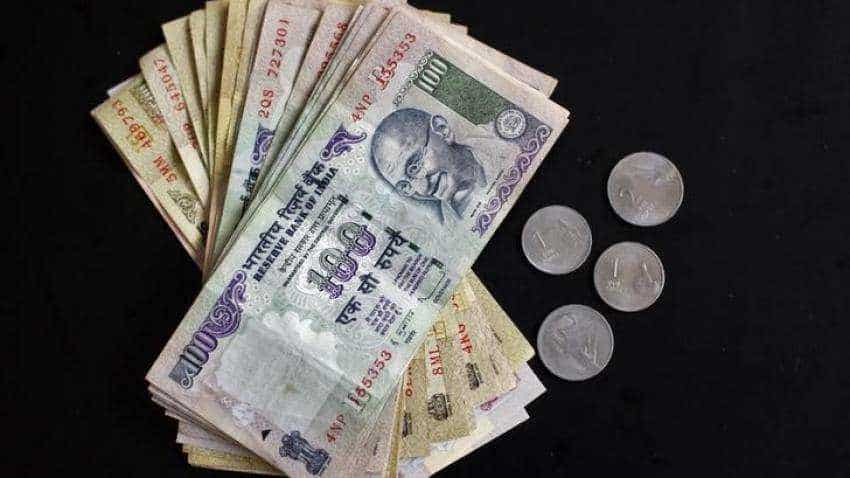 Most Asian currencies started the week on a high note after news of impending lower-level trade talks between the United States and China returned risk appetite to regional markets.

China`s yuan and the Indian rupee led gains against a broadly weaker dollar. The greenback was flat on Monday after slipping about 0.6 percent on Friday, as investors exited the safe-haven currency.

"China and U.S. restarting trade talks, no matter how tentative they are, will undoubtedly be a positive development for risk appetite. Even if nothing conclusive may be achieved this week, at minimum there could be an implicit promise of a ceasefire with no escalation in the interim," Mizuho Bank said in a note.

Low-level Sino-U.S. talks are expected later this week, the two governments had said. Reports suggested the talks in Washington would take place on Aug. 21 and 22, just before $16 billion in new U.S. tariffs on Chinese goods is due to take effect.

There was also market speculation that the talks could set the stage for a summit between U.S. President Donald Trump and Chinese President Xi Jinping in November.

In Asia, emerging market currencies recovered from a widespread sell-off last week, brushing off the fallout from the collapse in Turkey`s lira. Turkish markets are closed for much of this week, although the lira was lower despite a mild recovery last week.

"While we are not near the end of the Turkish issue, we have yet to see further evidence of a systemic contagion into Europe and EM Asia," OCBC said in a note.

The Chinese yuan rose about 0.5 percent versus the dollar, having touched a 20-month low last week. The currency was on track to gain for a third straight session, bolstered by the People`s Bank of China`s stronger mid-point fixing.

The Thai baht also firmed against the weaker dollar even though Thailand`s economy expanded at a much slower pace in the second quarter, clocking GDP growth of 1 percent versus the previous quarter`s 2 percent.

Thailand has benefited from strong economic fundamentals to date, particularly exports. The central bank held its growth forecast for 2018 and projected an annual gain in exports.

The Indian rupee spiked about 0.55 percent to the dollar, recovering from a record low hit last week. Lower oil prices benefited the currency, particularly because India imports about 80 percent of its crude oil needs.

Insipid risk appetite, as well as weak fundamentals, has been particularly hard on the rupee, which is Asia`s worst- performing currency in the year to date, falling about 8.5 percent versus the dollar.
CHINESE YUAN

The yuan recovered after losing about 0.6 percent last week, its 10th consecutive week of losses. Sino-U.S. trade tensions have weighed heavily on the currency.

China`s banking and insurance regulator asked financial institutions at the weekend to give more support to infrastructure investment, importers and exporters, and creditworthy companies.

"This shows that deleverage has taken a back seat for now with the focus shifting to easing monetary and credit policies. This should provide some support to the real economy," OCBC said.