Global stock markets on Tuesday were caught in the grip of contagion fears sparked by troubles at China Evergrande as growing risks the property giant could default on its massive debt prompted investors to flee riskier assets. 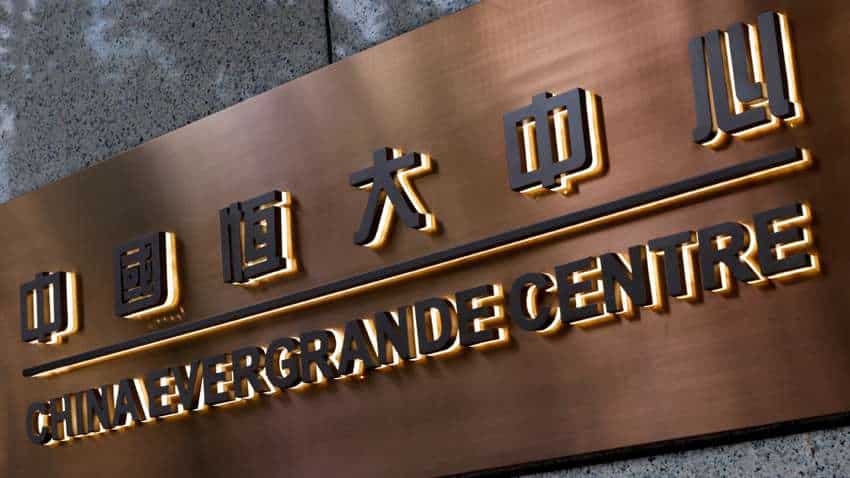 Evergrande Group, founded in 1996, is one of China's biggest builders of apartments, office towers and shopping malls and one of its biggest private sector conglomerates.

China Evergrande Crisis News: For the past few days, China's property giant Evergrande is continuously hogging the limelight for all the wrong reasons. Even, global markets is witnessing the impact owing to reports that troubled property giant Evergrande would fail to make interest payments due next week. Rating agencies have warned the cash-strapped company could default on its debt. So, what this China Evergrande Crisis is all about?   What triggered the financial mayhem? What's its impact on global markets? And, most importantly what next for global investors - Here is all you need to know:-

- Evergrande Group, founded in 1996, is one of China's biggest builders of apartments, office towers and shopping malls and one of its biggest private sector conglomerates.

- The company says it has more than 200,000 employees and supports 3.8 million jobs in construction and other industries. Evergrande says it has 1,300 projects in 280 cities and assets worth 2.3 trillion yuan (USD350 billion).

- Evergrande's founder, Xu Jiayin, was China's richest entrepreneur in 2017 with a net worth of USD 43 billion, according to the Hurun Report, which follows China's wealthy. He has tumbled down the list as internet industries boomed but still ranked as China's richest real estate developer last year. He also topped Hurun's 2020 list of philanthropists, giving away an estimated 2.8 billion yuan (USD 420 million).

What is China Evergrande Crisis?

- Global investors are watching nervously as one of China's biggest real estate developers struggles to avoid defaulting on tens of billions of dollars of debt, fueling fears of possible wider shock waves for the financial system.

- Evergrande, which reportedly faces at least $83.5 million in interest payments due on Thursday, with a 30-day grace period, is raising concerns about a liquidity crisis among all Chinese and Hong Kong property companies, as markets quickly turn off access to dollar funding.

- Its bonds are trading at an equally deep discount.

- Evergrande was caught out by new limits regulators imposed on real estate-related borrowing as part of the Communist Party's marathon campaign to reduce reliance on debt.

- Economists have been warning China's rising debt is a potential threat for more than a decade.

- Global stock markets on Tuesday were caught in the grip of contagion fears sparked by troubles at China Evergrande as growing risks the property giant could default on its massive debt prompted investors to flee riskier assets.

- Selling pressure persisted in early trade in Asia ahead of a major test for Evergrande this week, which is due to pay $83.5 million in interest relating to its March 2022 bond on Thursday. It has another $47.5 million payment due on Sept. 29 for March 2024 notes.

- Both bonds would default if Evergrande fails to settle the interest within 30 days of the scheduled payment dates.

- Investors also fear troubles at China`s property sector, one of the key engines of the country`s stellar economic growth over decades, could have ripple effects across the global economy.

China Evergrande Crisis: What next? The Road Ahead?

- Investors are waiting to see what Chinese regulators might do, but analysts say they appear to be focused on protecting home buyers by ensuring apartments already paid for are completed.

- The government has injected money into other insolvent Chinese companies, but economists say Beijing appears determined to avoid doing that with Evergrande.

- In a letter on Tuesday to employees, Evergrande's founder, Xu Jiayin expressed confidence the company will survive. "Evergrande will surely get out of the darkest moment as soon as possible," Xu said in the letter marking the traditional Mid-Autumn Festival.

Some commentators suggest Evergrande might become China's Lehman moment, referring to the failure of Wall Street bank Lehman Brothers, a forerunner to the 2008 crisis. But economists say the risk of wider financial market contagion is low.

"A managed default or even messy collapse of Evergrande would have little global impact beyond some market turbulence," said MacAdam of Capital Economics.

Evergrande has USD 18 billion of outstanding foreign-currency bonds, but much of that is held by Chinese banks and other institutions. Unlike Lehman, whose assets were financial instruments whose prices can swing wildly, Evergrande has 1.4 trillion yuan (USD 215 billion) of land and partially completed projects with relatively stable prices.

"In the unlikely event of an outright default, China's banking system has an annual profit of 1.9 trillion yuan and reserves of 5.4 trillion yuan against bad loans, which could easily absorb the loss," Larry Hu and Xinyu Ji of Macquarie Group said in a report.