Canara Bank Share - Rakesh Jhunjhunwala picks up 1.59% stake in this PSU Bank via QIP; stock ends 2% on NSE on Tuesday

Ace investor Rakesh Jhunjhunwala has picked up minority stakes in Canara Bank via the qualified institutions placement (QIP).  of Canara Bank, a celebrity 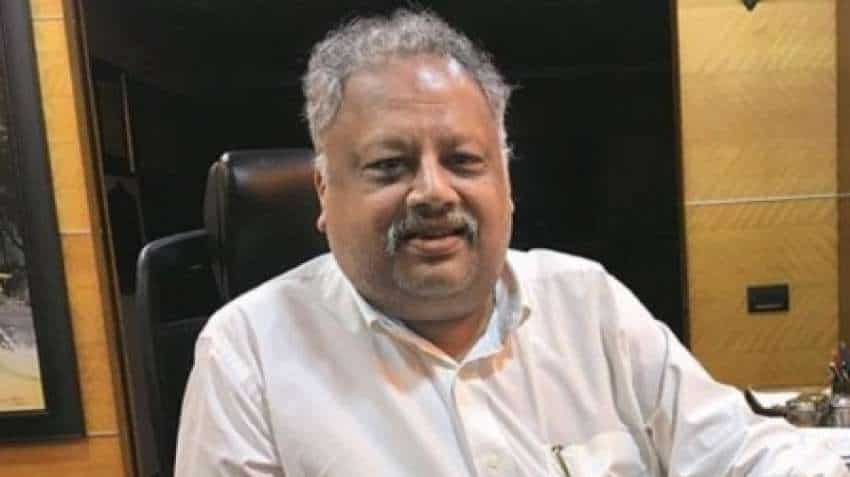 As per the shareholding statement of Canara Bank filed to exchanges on Tuesday, the celebrity investor has picked up at least 2,88,50,000 shares or 1.59 percent in the public sector lender.

Rakesh Jhunjhunwala along with his wife Rekha Jhunjhunwala and other associates publicly holds 38 stocks from finance to tech and retail to pharma sectors. The Big Bull also manages the asset firm Rare Enterprises.

During the market hours on Tuesday, the bank in its filing said, "The Board of Directors of the Bank has approved the allotment of 16,73,92,032 Equity Shares to eligible qualified institutional buyers at an issue price of Rs.149.35 per equity share."

As many as seven qualified investors have been allotted over 5 per cent of the equity shares, offered during the QIP issue, the public sector bank also said in the statement.

The list includes Life Insurance Corporation of India under insurance category was allotted most of all 15.91 per cent, followed by BNP Paribas Arbitrage under FPI category 12.55 per cent and Societe Generale also in the same category received 7.97 per cent.

While Indian Bank and ICICI Prudential Life Insurance each was allotted 6.37 per cent. Besides, Morgan Stanley Asia (Singapore) Pte-ODI was also allotted 6.16 per cent of the shares under the FPI category and Volrado Venture Partners Fund II 6.05 per cent shares of the state-owned bank.

The shares of public sector bank ended around 2 per cent higher to Rs 155.7 per share on the BSE, as compared to a 0.73 per cent rise in the S&P BSE Sensex on Tuesday.

Housing sales up 59 pc annually in Jul-Sep across 8 cities; jump over 3-fold from Jun quarter