Indian market closed in the red for the second consecutive day in a row on Wednesday. Bears pushed benchmark indices below crucial support levels. 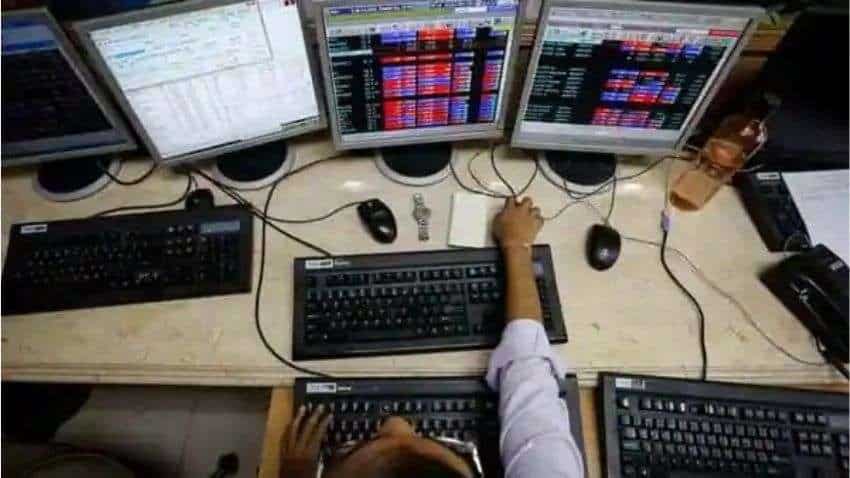 Buy, Sell or Hold: What should investors do with IRCTC, Mastek & Bata India? Source: Reuters

Indian market closed in the red for the second consecutive day in a row on Wednesday. Bears pushed benchmark indices below crucial support levels.

The Nifty50 closed below 18,300 levels while the S&P BSE Sensex plunged more than 450 points. However, bulls helped benchmark indices to recoup some losses towards the close of the trade.

Stocks that were in focus include IRCTC fell over 17 per cent, Mastek closed with losses of 13 per cent and Bata India that hit a fresh 52-week high closed with marginal losses.

Here's what Santosh Meena, Head of Research, Swastika Investmart Ltd, recommends investors should do with these stocks when the market resumes trading today:

IRCTC is witnessing a sharp fall after hitting a new high of 6396 where it has lost more than 30 per cent from its all-time high in the last two trading sessions.

The fundamentals are still strong for the counter but the valuations have been overstretched whereas there was euphoria in this stock for the last few days because it has become very easy for the traders to make easy money every day.

We know that the market is not charitable enough to make you easy money every day, therefore, we are seeing a sharp correction in this counter to take out accesses.

There is some buzz that government may also dilute some stake to get the benefit of the recent rally in this counter. Technically, it is trading near its 20-DMA of 4400 and if it manages to hold this level then we can expect a bounce back from here.

Otherwise, we can see further downside where 4000-38000 will be a critical demand zone to take fresh buying positions.

Mastek is in a strong uptrend and is moving in an upsloping channel formation where it witnessed a sharp correction from the upsloping trendline resistance; however, it is trading near the lower trendline support that coincides with its 50-DMA.

The level of 2850-2750 is in a strong demand zone and we can expect a bounce back from here as momentum indicator RSI is also trading near the support of 40 while if it slips below 2750 level then there will be a risk of any meaningful correction where 2350-2250 will be the next support zone.

Bata India was in a strong bullish momentum; however, today it witnessed some profit booking at higher levels and formed a Shooting Star candlestick formation which is a sign of reversal.

Momentum indicator RSI is also witnessing negative crossover from an overbought territory where if Bata India starts to trade below 2050 levels then we can expect further weakness.

20-DMA will be the first support which is currently placed at 1917 level while 1800 will be a major support. If it manages to hold 2050 level and starts to trade above 2150 level, then we can expect that it may resume its bullish momentum.

Stocks to buy today: 20 shares for profitable trade on November 26