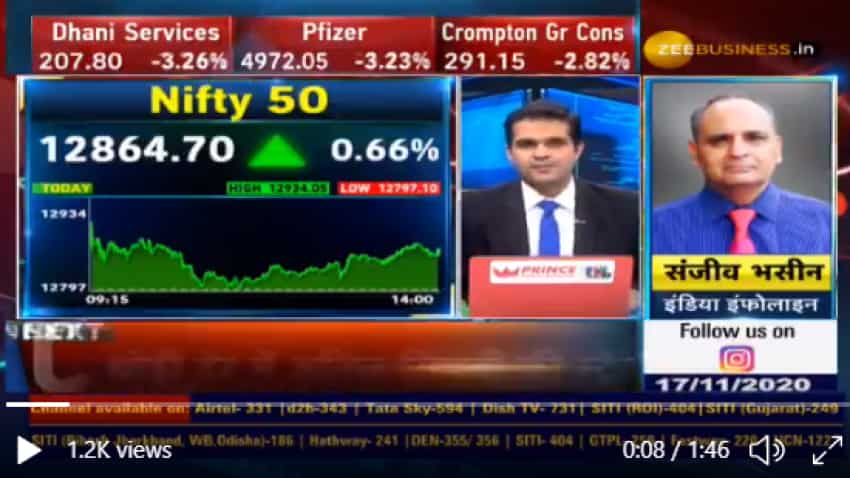 Stocks to buy: Market analyst Sanjiv Bhasin on Tuesday spoke to Zee Business and gave his two picks going forward. Before recommending his picks, he gave an update about his previous recommendations. He said he had vouched for Godrej property at Rs 1,000 in the morning trading session, which went on to register 5% jump to reach Rs 1055.

He said he had also recommended Adani Port one day before Diwali for Rs 367 target and it achieved Rs 377.

Find the detail analysis in the video below

Giving a channel check, he said in terms of auto sales during Diwali, state Bank has been number 1 and margin on rate of interest is less, so NBFCs are going to be losers. Also, in gold loan, only Muthoot Finance and Manappuram Finance have been able to increase their market share, he said. Bhasin said startling fact is that there is also no comfort in valuation of Bajaj Finance and recommended to sell it.

Meanwhile, he chose RBL as his first pick. Bhasin said RBL Bank could be a dark horse in personal loan and other categories and likely an out performer. He suggested to buy around Rs 209 for a target of Rs 225. He put a stoploss at Rs 205.