Shares of Axis Bank touched a new 52-week high of Rs 819 per share on Wednesday after rallying for over 4 per cent on the BSE intraday trade on Wednesday. 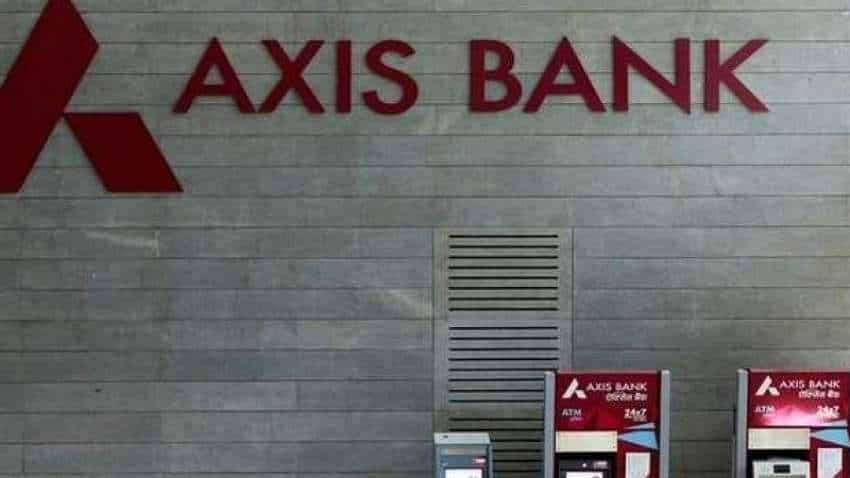 At around 12:39 pm, the stock was trading around 2.5 per cent higher to Rs 805.25 per share: PTI
Written By: Vaibhav Gautam Bansode
Edited By: Shivendra Kumar
RELATED NEWS

Shares of Axis Bank touched a new 52-week high of Rs 819 per share on Wednesday after rallying for over 4 per cent on the BSE intraday trade on Wednesday. This stock has seen a consecutive 5-day rally. The stock in the last five sessions has jumped 11.5 per cent against a 3 per cent gain in the BSE Sensex index.

At around 12:39 pm, the stock of the private lender was trading around 2.5 per cent higher to Rs 805.25 per share, as compared to a 0.24 per cent fall in the benchmark S&P BSE Sensex. Till early morning trade, a combined 10.61 million shares had changed hands on the counter on NSE and BSE.

The banking heavyweight on Monday had informed the exchanges that it has started issuing debt securities under its Rs 35,000 crore-debt raise plan, which was announced earlier this year.

The filing states, “The bank has initiated the process of issuing of the debt instruments, in the form of the Additional Tier 1 Notes in foreign currency, subject to market conditions. This will be a sustainable bond under the Sustainable Financing Framework of the Bank and is part of the existing Global Medium Term Notes programme of the Bank. The Offering Circular for the GMTN programme has been updated on Singapore Exchange Limited (SGX) and the International Securities Market (ISM).”

“Axis Bank's BCA could be upgraded if there is an improvement in asset quality, as reflected in the bank being able to maintain credit costs below its long-run average," Moody’s said in a note.

Even a global brokerage CLSA has turned bullish on Axis Bank amid attractive risk to reward for large-cap banks. The brokerage firm believes normalising asset quality may be a catalyst for the Axis Bank stock in the second half of FY22 and sets a price target at Rs 1,050 per share.