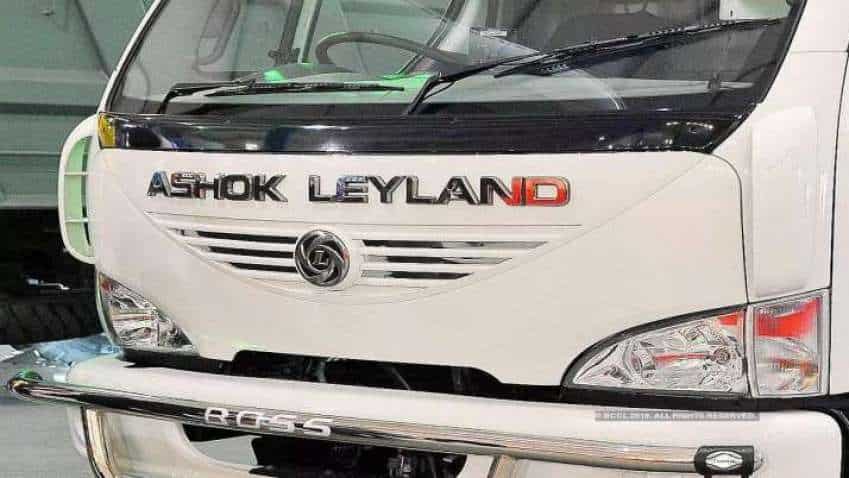 At around 12:57 am, the stock was up over 7 per cent at Rs 134 on the BSE: PTI
Reported By: ZeeBiz WebTeam
Written By: Vaibhav Gautam Bansode
Edited By: Ravi Kant Kumar
RELATED NEWS

Trading near its all-time high level, the shares of Ashok Leyland jumped almost 10 per cent to Rs 137.45 on the BSE intraday trade on Friday, as the company announces that its arm Switch Mobility’s minority stake picked up by Dana, a global leader in drivetrain and e-propulsion systems.

Ashok Leyland, in its filing to the company on Friday, mentioned that its Electrified Commercial Vehicles company arm had announced on Wednesday a strategic agreement with Dana Incorporated (Dana), the global leader in drivetrain and e-propulsion systems, to make a minority investment in Switch.

As per the statement, Dana, under the agreement, will make a strategic investment in Switch Mobility and will also be a preferred supplier of electric drivetrain components for the company’s e-bus and EV commercial vehicle offering – including e-Axles, gearboxes, motors, inverters, software and controls, and electronics cooling.

It further said that with this agreement, Dana not only becomes an important supplier to Switch but will also invest $ 18 million in the company, representing an approximate 1 per cent stake.

In 2014, Switch introduced the first British-built, pure electric buses to London’s roads and since then has put 280 EVs on the road, clocking up over 26 million electric miles in developed and developing markets.

At around 12:57 am, the stock was up over 7 per cent at Rs 134 on the BSE, as compared to a 0.18 per cent rise in the S&P BSE Sensex. The trading volumes on the counter jumped five-fold, with a combined 53.98 million equity shares changed hands on the NSE and BSE so far.