April series outlook with Anil Singhvi: As April series opened on positive note, Zee Business Managing Editor Anil Singhvi on Tuesday said he was quite bullish on it. However, he added that it results were visible a little bit early. 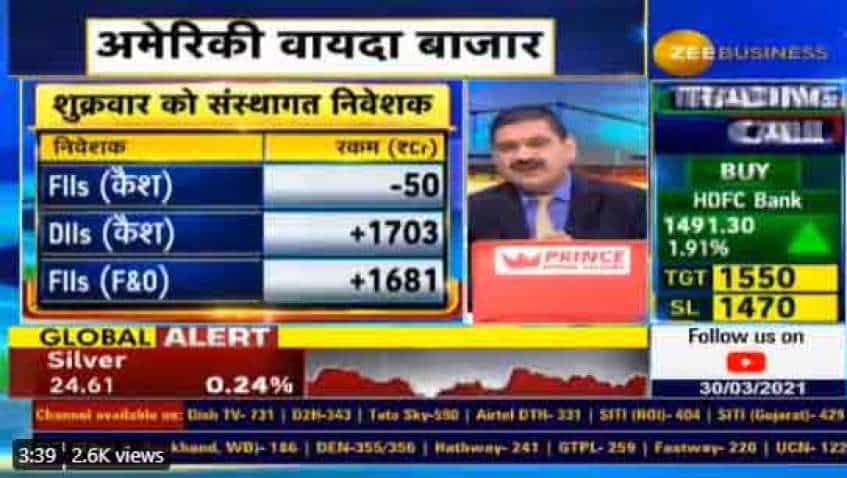 As April series opened on positive note, Zee Business Managing Editor Anil Singhvi on Tuesday said he was quite bullish on it. However, he added that it came a little bit early.  "We had made this prediction based on FIIs long-term position. It usually does not happen that FIIs start a series on such low long-term position. It had 62 per cent long term position. Interestingly, this position became 71 per cent from 62 per cent in just one day," said the Market Guru.

He said there were certain reasons behind this. "One rollover below 90 lakh was seen in stocks. Second massive rollovers on Nifty and Bank Nifty in comparison to three series was clearly indicating that there were huge, short rollovers and FIIs were mostly seen rolling over their shorts. Important trigger was level on Friday's trading session when Nifty touched 14,575 mark and closed on 14,500. Above this, Nifty will reach the next level of 14725 to 14800 in today's trading session. It is better to move step by step," he said.

Next big action in the market will be seen when Nifty breaches 14,875 and 14,950 and trades above this range, said the Market Guru.  "This will be level where profit booking or sell action would be recommended. For this to happen, a little more buying action from FIIs and positive global cues would be required," said Anil Singhvi.

"There is less action in March season usually as everyone wants to settle their positions. We can see more action with beginning of April series from the first day of the month. I am bullish on this series as everyone, including investors and brokers, will have more funds and in every likelihood, there will be more action in this series," concluded Zee Business Managing Editor.