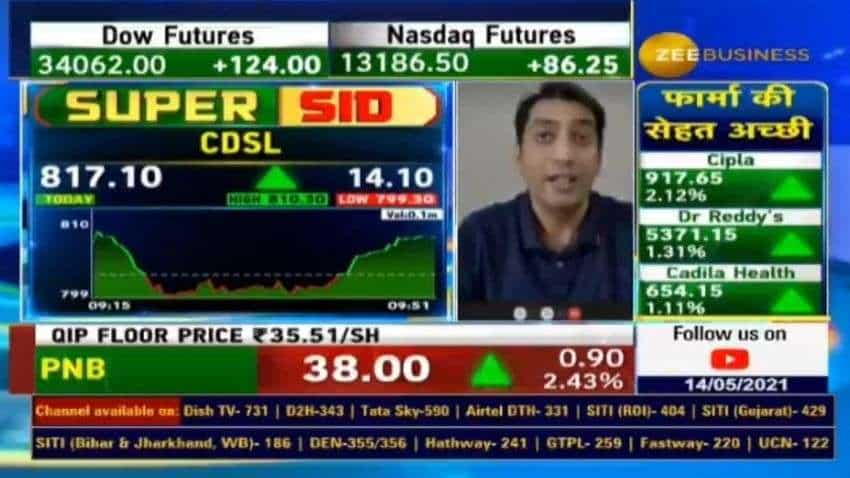 Sedani said that the market share of CDSL is the biggest in the depository business. The company is having more than 51 per cent market share.

There are more than 3 crore accounts with the CDSL and 45 lakh accounts have been added in Q4, Sedani further said. He suggested people to buy CDSL on this day of Akshaya Tritiya and gave a target of Rs 960 till Akshaya Tritiya of next year that is 2022.

Likening it to Gold purchase, Sedani said that CDSL was a must buy.

Meanwhile, Zee Business Managing Ediotr Anil Singhvi said that he was bullish on BSE and CDSL advised against any selling in these stocks. He emphasised oh holding both BSE and CDSL with a long term view.

Central Depository Services Limited (CDSL) was found in 1999 with an aim to provide convenient, dependable, and secured depository services. It is a Market Infrastructure Institution (MII) and a crucial part of the Capital market structure, providing services to all Market participants like exchanges, clearing corporations, depository participants (DPs), issuers and investors.

A Depository is a facilitator for holding of securities in the dematerialised form and an enabler for securities transactions.

CDSL is also the first listed Indian central securities depository which was listed on June 30, 2017, on the National Stock Exchange (NSE) through Initial Public Offer (IPO). It became the first and the only depository to get listed in Asia-Pacific region and second in the World.