Stock markets have witnessed a sharp rally in the second half of the trading session on Tuesday with BSE 30 share index, Sensex jumping 311 points to close at 39,434. While the NSE Nifty 50 ended at 11,796, surging 96 points. 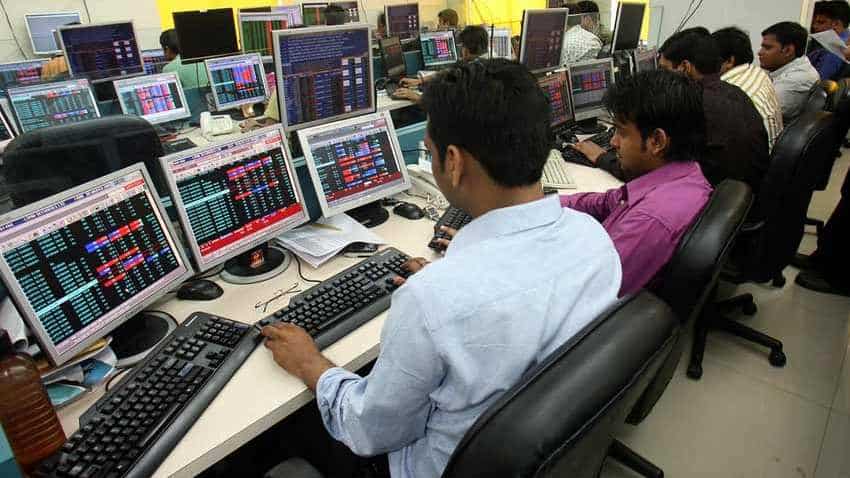 Stock markets have witnessed a sharp rally in the second half of the trading session on Tuesday with BSE 30 share index, Sensex jumping 311 points to close at 39,434. While the NSE Nifty 50 ended at 11,796, surging 96 points. The domestic markets had a buying mood today despite negative global cues like US-Iran tensions, gold hitting record highs and late monsoon this fiscal. The buying in the intraday trade was due to short covering by the traders ahead of their short position in the F&O, which is expiring this week and the dip in crude oil prices by around $2 at the WTI. However, the slump in crude oil would help Indian economy keep the fiscal deficit within their targets before budget next week.

Umesh Mehta, Head of Research, Samco Securities told Zee Business Online, ''Despite negative global cues our market is rising means that Indian markets are preparing for the budget. Value buying is emerging at lower levels and this was visible in today’s trading session. Although the auto sector is howling, stock prices are still showing resilience to move down. Market is expecting a likelihood of sops to be announced in the budget. The tyre sector was a star performer in the auto space with heavyweights such as MRF and Balkrishna registering close to 3% in stock price before closing. Buying was also witnessed in heavyweights such as Reliance Industries which led the oil and gas pack by registering a 2.6% increase. Incidentally, Reliance has found support nearest its 200 ema which is a good sign for Nifty since RIL’s heavy weight in the index, Nifty has higher chances of inching upwards.''

Modi 2.0 govt. will be presenting the budget on 5th of July and experts are expecting few changes on the investment related taxes, allowing investors to invest in security markets. However, the current gains were barely due to the news of southwest monsoon advancement from IMD. Also, the G20 summit which is likely to be held on June 28-29 will be closely monitored, as it is likely to focus on efforts to settle the international crisis and give some indication on progress on US-China trade talks. While the upcoming union budget remains the key near term event in the market and the government efforts to revive the economy will be watched closely by the participants of market.

Jayant Manglik, President - Retail Distribution, Religare Broking said, ''The equity benchmark indices staged a smart comeback in Tuesday’s session, largely led by news from IMD on advancement of southwest monsoon and some stability in the crude oil prices. Tracking mixed global cues, the Nifty index opened in the red, but soon managed to pull back smartly in the green. The gains accelerated in the second half, as the index ended near the day’s high at 11,796 levels, up 0.8%. The broader markets also ended with healthy gains with BSE Midcap & Smallcap gaining 0.7% & 0.3% respectively.''

Talking about the Tuesday's intraday session; Oil, energy, power and metal sector witnessed a major recovery with capital goods and IT sector on lower side at domestic front. While as far as global markets are concerned, both Asian and European markets traded on a weak note. The Japanese Nikkei 225 index crashed 0.58 per cent, South Korean Kospi went down 0.22 per cent, Hang Seng dipped 1.15 per cent and Shanghai index nosedived 0.87 per cent. However, the markets are expected to show volatile trends before budget 2019 to be announced next week.