The Indian market on Friday witnessed a record closing high for the second straight day, with Sensex breaching the 60000-mark for the first time in history, while Nifty50 nearing towards 18000-level. 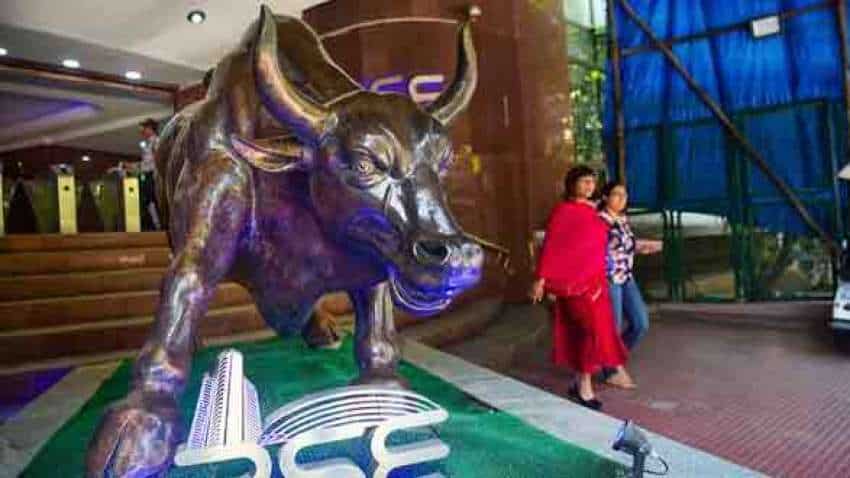 The Indian market on Friday witnessed a record closing high for the second straight day, with Sensex breaching the 60000-mark for the first time in history, while Nifty50 nearing towards 18000-level.

Global markets, especially the US indices, ended flat on Friday with Dow Jones ending with a positive bias and Nasdaq with negative. While Asian markets mixed with Japan’s Nikkei ending over 2 per cent higher on Friday.

The S&P 500 ended slightly higher on Friday (September 24) after a volatile week as gains in growth names like Facebookoffset a dive by Nike after the athletic wear company delivered a downbeat sales forecast, as per Reuters

Union Civil Aviation Minister Jyotiraditya Scindia on Saturday said the privatisation process of Air India was underway and the technical aspects of the bids were being analysed before the financial bids are opened.

The Indian rupee slipped by 4 paise to close at 73.68 against the US dollar on Friday, following weaker Asian peers against the American currency. At the interbank foreign exchange market, the local currency opened at 73.77. It touched an intra-day high of 73.61 and a low of 73.78 during the day, said a PTI report.

Prime Minister Narendra Modi, his Australian counterpart Scott Morrison, Japanese premier Yoshihide Suga and US President Biden participated in the first in-person summit of Quad leaders hosted by the US President. The summit kickstarted on Friday.

On Saturday, India, Australia, Japan and the US have pledged to work together for ensuring peace and prosperity of the Indo-Pacific and the world. This comes amidst muscle flexing by an assertive China in the strategic region. The Indian stock market is expected to react on developments leading to this summit when it opens on Monday.

The US Securities and Exchange Commission (SEC) said on September 24 that it would delay enforcement of certain assets from a new disclosure rule for off-exchange securities until January 3, 2022. The new compliance date was due to come into effect on September 28.

The agency's no action letter, which affects quotes published by broker dealers for buying and selling of government bonds, does not change or amend the compliance date for a new rule aimed at stamping out fraud in US equities markets starting on September 28, 2021, the agency said.

Eight stocks – Canara Bank, Escorts, Indiabulls Housing Finance, Idea, IRCTC, PNB, SAIL and ZEEL - are under the F&O ban. Securities in the ban period under the F&O segment include companies in which the security has crossed 95 percent of the market-wide position limit.