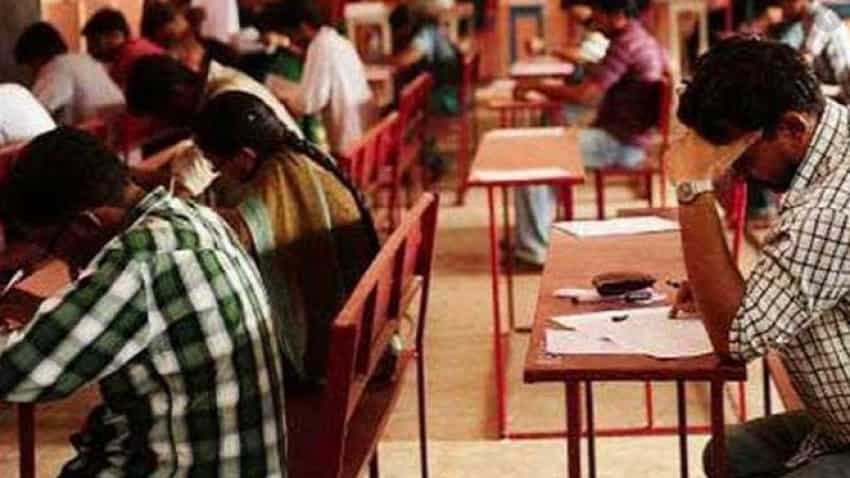 More than 62,000 candidates have downloaded the admit cards for the written examination that will held across 150 centres in all the districts of the state on Sunday, said an Assam Police spokesperson told PTI on Saturday. Source: PTI
Reported By: ZeeBiz WebTeam
Written By: ZeeBiz WebTeam
Edited By: Prashant Singh
RELATED NEWS

Assam Police SI Recruitment: After question paper leak came to the fore in Assam Police SI Recruitment, over 62,000 candidates will appear in the written examination that will be held to fill 597 posts of unarmed sub-inspectors for the second time on Sunday.  The exam is being held two months after the question paper leaking incident.
More than 62,000 candidates have downloaded the admit cards for the written examination that will held across 150 centres in all the districts of the state on Sunday, said an Assam Police spokesperson told PTI on Saturday.

After the scam surfaced, as many as 58 persons were arrested and Rs 6 crore seized from them in arrests from different parts of the state.

The question paper leak incident came to the knowledge of the authorities concerned on September 20 and the State Level Police Recruitment Board (SLPRB) cancelled the test minutes after it had commenced across the state.

Around 66,000 candidates had then downloaded their admit cards to appear in the written test that was being held in 154 centres across the state.

The spokesperson said the Assam Police CID had conducted a search on Friday night in Kamrup district and arrested an accused who was absconding.

“In total 58 people have been arrested by CID and the police of different districts for their alleged role in the case,” he added.

The arrested included several high-profile officials and BJP leaders, which dented the image of Chief Minister Sarbananda Sonowal who gave the call for ‘corruption free Assam’ after he assumed power in 2016.

BJP Kisan Morcha National Executive Member Diban Deka, who was later expelled from the party, was arrested along with another party member in connection with the job scam.

Superintendent of police Kumar Sanjit Krishna, who is the brother of the then chief secretary, and retired DIG Prasanta Kumar Dutta were also arrested.

On September 12 the then SLPRB chairman Pradeep Kumar had issued a notice cautioning the candidates against touts after an audio clip went viral that promised a job in the post of the sub-inspector against payment of Rs four lakh cash.

Owning moral responsibility for the scam, Kumar had later resigned from the post and the state government reconstituted the SLPRB with the state director general of police as its chairman.