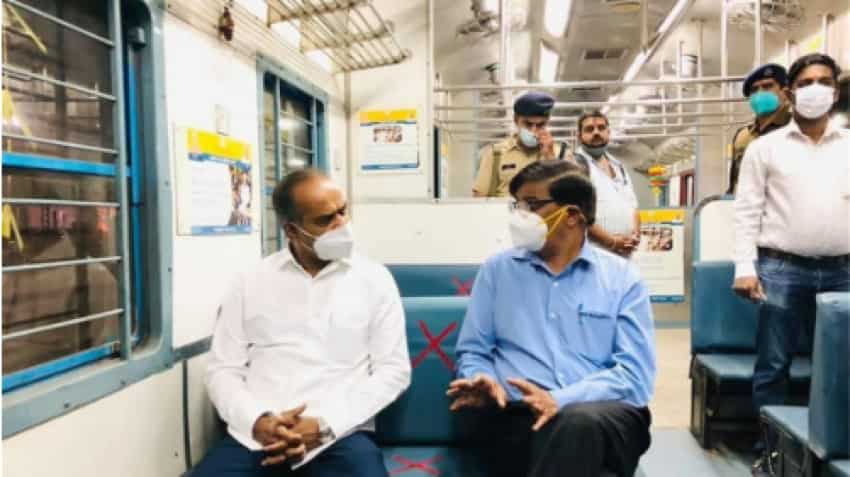 The Bengaluru airport operator on Monday said that the commencement of the Indian Railways suburban halt station adjacent to the international airport will make it convenient for the commuters. Source: IANS

Travelling to Bengaluru Airport has never been this easy! The newly opened railway station near the Kempegowda International Airport- Bangalore International Airport Limited (BIAL) will offer a fast and economical option of commuting to flyers as well as its workforce.

The Bengaluru airport operator on Monday said that the commencement of the Indian Railways suburban halt station adjacent to the international airport will make it convenient for the commuters.

The newly opened railway station is located on the north-west corner of the KIA campus and is built on an existing track that links Yashwanhtpur sub-locality in the north-western part of Bengaluru and Chikkaballapur.

The railway station has started operations, as per a report by PTI.

The airport operator in 2014 proposed the state government of Karnataka for the establishment of suburban rail service to Bengaluru’s Kempegowda International Airport, recommending a halt railway station on the existing line that connects Yeshwanthpura to Devanahalli in the city, BIAL. The halt station was proposed in collaboration with the Indian Railways.

The station has been constructed by Bengaluru Airport and it has a 230-metre-long platform. The halt station is connected to various parts of the Kempegowda International Airport by a shuttle bus service, managed and operated by the airport operator.

The timings and the frequency of the shuttle service will be harmonised with the train timings, BIAL further stated.

Recently, Railway Minister Piyush Goyal tweeted that the new station will go a long way in enhancing last-mile connectivity to Bengaluru Airport. The halt station is expected to benefit lakhs of commuters and reduce traffic congestion in the city significantly.

Registration of homes in Hyderabad region down 36% to 5,181 units in August