The bullet trains are expected to run at 350 kms per hour covering the 508-km stretch in about two hours! 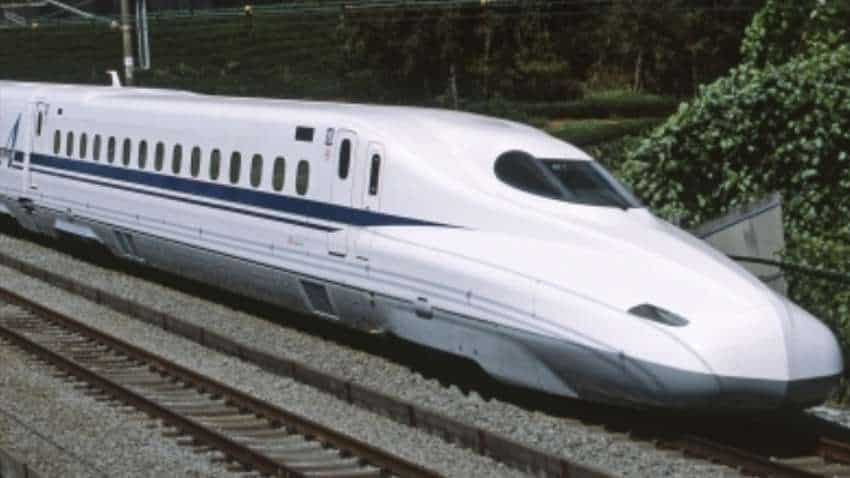 Giving pace to the ambitious 508 km-long Mumbai-Ahmedabad High Speed Rail (MAHSR) corridor project, the National High Speed Rail Corporation Limited (NHSRCL) has confirmed said that it has opened technical bids for 28 steel bridges and 88 km of viaducts between Vadodara and Ahmedabad in which eight companies participated including a consortium of Indian and Japanese companies.

NHSRCL spokesperson Sushma Gaur said that with the tenders floated for works, the demand for 70,000 MT of steel will boost the steel industry in the country.

She said, "NHSRCL opened technical bids for two packages today for Mumbai Ahmedabad High Speed Rail Corridor for procurement and fabrication of 28 steel bridges for crossing over railway lines, rivers, highways, road crossings and other structures and for the design and construction of 88 km of viaduct between Vadodara and Ahmedabad in Gujarat including construction of elevated HSR station at Anand/Nadiad, five bridges and 25 crossings."

She said that it is estimated that about 70,000 MT of steel will be used for the fabrication of 28 steel bridges. The spokesperson said that NHSRCL has already sensitized the steel industries to cater to such a huge demand for India's first Bullet train project.

She said, "With the opening of these bids, the technical bids covering 64 per cent (325 km out of 508 km) of the total MAHSR alignment including five HSR stations at Vapi, Billimora, Surat, Bharuch and Anand/Nadiad out of 12 stations and one train depot at Surat are under consideration."

Earlier this week, NHSRCL has opened the technical bids for 237 km of viaduct between Vapi and Vadodara in Gujarat including four elevated HSR stations and one train depot at Surat where all the three bidders comprising seven leading Indian infrastructure companies had participated. The Indian steel and cement industries and their allied supply chains will get a big boost from these tenders.

Modi and then Japanese Premier Shinzo Abe on September 14, 2017 had laid the foundation stone for the ambitious Rs 1.08 lakh crore ($17 billion) project. The initial deadline to complete the ambitious project was December 2023.

The bullet trains are expected to run at 350 kms per hour covering the 508-km stretch in about two hours. In comparison, trains currently plying on the route take over seven hours to travel the distance, whereas flights take about an hour.

Earlier this month, Railways CEO V.K. Yadav said that the bullet train project was progressing well but the real timeframe for the completion of the project can be gauged within the next three to six months when the status of land acquisition will be ascertained.

Services exports to reach over USD 240 bn in 2021-22 on robust performance: SEPC