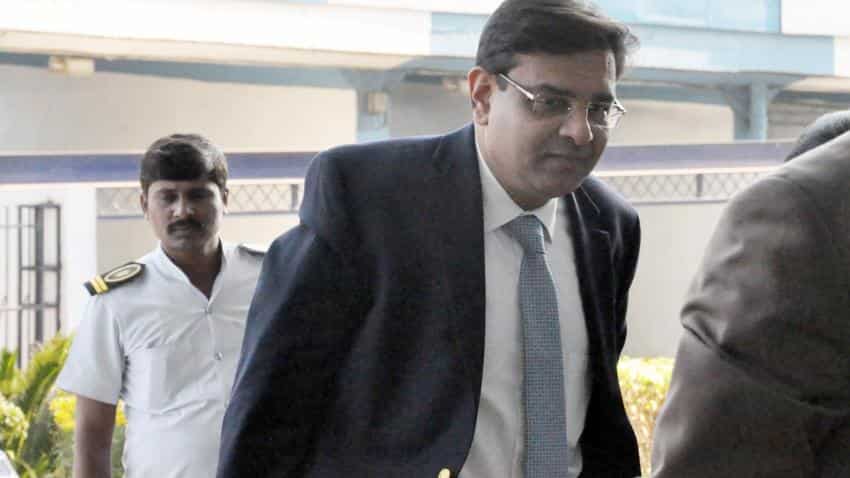 As per the minutes, Patel cautioned that "the present low level of food prices is unusual and is vulnerable to upward pressures." Image Source: IANS
Written By: PTI
RELATED NEWS

Patel had also opined that effective transmission of policy rate was key to non-inflationary growth and banks have still space to cut lending rates.

The RBI Governor-headed six-member MPC had met on August 1 and 2 to decide this fiscal's third bi-monthly monetary policy.

Based on the majority view at the MPC meet, the central bank reduced the key policy rate (repo) by 25 basis points to 6 per cent, although the industry and other stakeholders were expecting more than that.

As per the minutes, Patel cautioned that "the present low level of food prices is unusual and is vulnerable to upward pressures".

He said an assessment of whether the recent deflation in food items is sustainable, despite a normal monsoon, would require more hard data going forward.

The RBI governor further said that effective transmission of a policy rate cut is the key to achieving the goal of supporting non-inflationary growth.

"While the transmission has improved, there is still some space for banks to cut their lending rates, especially on the existing loan portfolios," he said.

Credit growth, Patel noted, has also been low partly because of risk aversion among banks on account of stressed assets position.

Patel also stressed that resolution of stressed balance sheets of banks "will remain important" for reviving credit demand and the investment cycle.

RBI Deputy Governor and MPC member Viral V Acharya, who too had voted for 25 bps rate cut, expressed concern about the impact of farm loan waivers on inflation and growth, "due to induced departure from fiscal discipline".

The other two members of the MPC are Chetan Ghate (Professor, Indian Statistical Institute) and Pami Dua (Director, Delhi School of Economics).

The minutes said MPC's decision was consistent with a neutral stance of monetary policy in consonance with the objective of achieving the medium-term target for retail inflation of 4 per cent within a band of +/- 2 per cent, while supporting growth.