Terming the non-performing assets (NPAs) or bad loans problem as a 'legacy issue', Arvind Panagariya said that even after three years of the NDA government taking charge, it has not gone away. 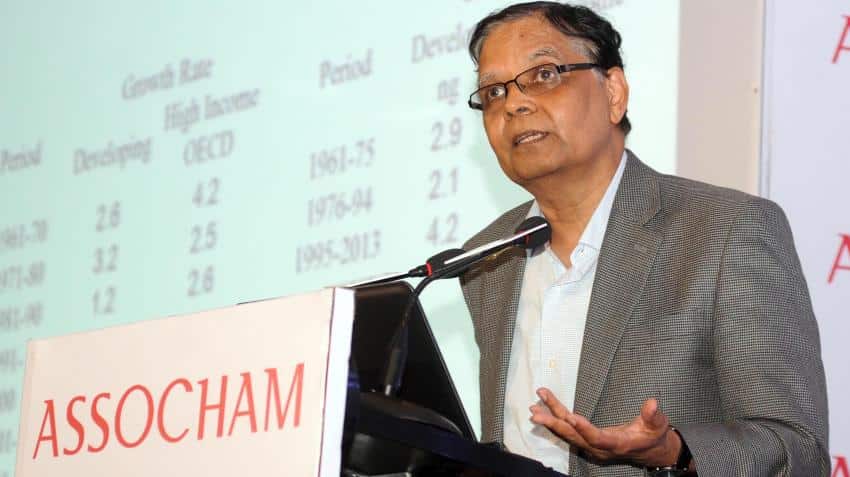 Arvind Panagariya bats for better deals with US on trade front

Resolution of bad loans in the banking system is on 'right track' and will 'open the door' to rapid credit expansion and growth, Niti Aayog Vice Chairman Arvind Panagariya has said.

Terming the non-performing assets (NPAs) or bad loans problem as a 'legacy issue', he said that even after three years of the NDA government taking charge, it has not gone away.

"Now we are on absolutely right track. Once we solve the NPAs issue, it will open up also the door to faster credit expansion. If this is done, this problem of twin balance sheet issue (over-leveraged companies and bad-loan-encumbered banks) will get addressed at the result of this. "So banks will be better equipped to lend and on the sides of borrowers there will be greater appetite," Panagariya told PTI.

The banking sector is saddled with NPAs of over Rs 8 trillion (Rs 8 lakh crore), of which Rs 6 trillion is with public sector bank s (PSBs).

As part of its strategy to rein in the unacceptable level of NPAs, Reserve Bank of India recently identified 12 accounts for Insolvency and Bankruptcy Code (IBC) proceedings with each of them having over Rs 5,000 crore of outstanding loans, accounting for 25 per cent of total NPAs of banks.

The 12 identified cases account for 25 per cent or about Rs 2 lakh crore of NPAs.

When asked about his view on merger of a weak bank with a strong bank, the outgoing Vice Chairman of Niti Aayog said that consolidation of public sector banks (PSBs) is necessary, also because the pool of talented people who have the specialisation of running the banking business is limited one.

"So if you have 25 PSBs, then you spread it over too many banks and everybody who is an expert says, we do not have good management, and so consolidation will also bring good management to the banks.

"Then need for number of competent people...Would be smaller if number of banks is smaller," he noted.

The finance ministry has sought help of NITI Aayog and global consultancy firms to examine the possibility of next round of consolidation of PSU banks with an aim to create a few lenders of global size and scale.

NITI Aayog's report is expected to set the tone for consolidation roadmap. Five associate banks and Bharatiya Mahila Bank (BMB) became part of SBI on April 1, 2017, catapulting the country's largest lender to among the top 50 banks in the world.

Arvind Panagariya bats for better deals with US on trade front