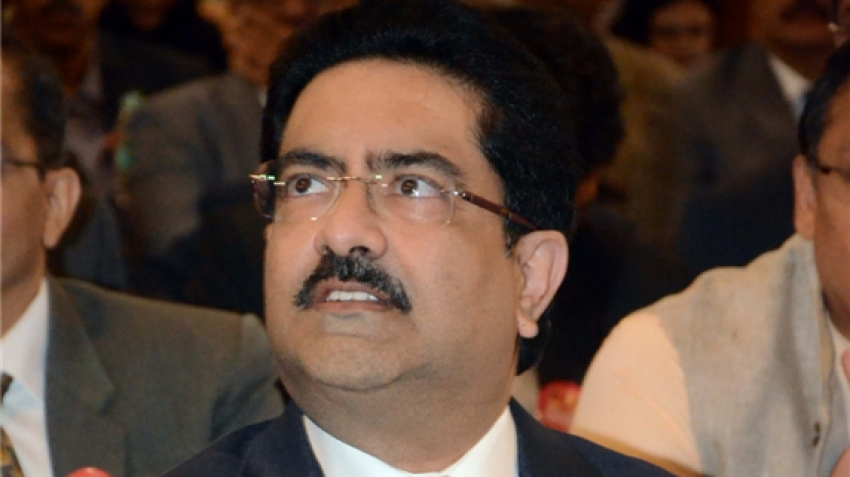 Aditya Birla Group Chairman Kumar Mangalam Birla during the listing of ABCL on the BSE and NSE in Mumbai on Sept 1, 2017. Photo: IANS
Written By: PTI
RELATED NEWS

The diversified Aditya Birla Group, which today successfully listed its amalgamated financial services arm Aditya Birla Capital, is planning to enter the asset reconstruction business as it sees this business as growth vertical.

Group chairman Kumar Mangalam Birla said the amalgamation announced last year and the subsequent listing today has ensured the shareholder value has doubled to Rs 1.2 trillion as pre-merger the vertical's market cap was only Rs 60,000 crore.

Noting that so much stressed assets have piled up in the economy and are coming into the market, he said company wants to grab that opportunity.

"Asset reconstruction is an industry that we are looking in. We see it as a very good opportunity," Birla told reporters a select group of reporters here this evening.

"Many more stressed assets will come into the market.

We've operating experience across businesses as a group, which we can bring in to this business. I am not talking from strategic point of view but about turning around businesses as part of the asset reconstruction business." The plan is just on the drawing board and they haven't finalised on anything including capital allocation, he added.

Last year, the group had announced a composite scheme of arrangement under which Aditya Birla Nuvo was merged with Grasim Industries and the financial services undertaking, Aditya Birla Financial Services, was subsequently demerged and renamed as Aditya Birla Capital.

Aditya Birla Capital chief executive Ajay Srinivasan said the company had in April moved an application with the Reserve Bank for entering the asset reconstruction business and that he expects the regulatory approvals to come over the next six months.

To start with, they will look at small stressed assets in any sector, Srinivasan said when asked whether they will be interested in snapping up large assets that are in trouble.

Asked if the company will be looking for a foreign partner for its ARC business, Birla said the group is not talking to anyone.

On the payments bank venture, Birla said after Idea- Vodafone merger announcement, there will be a joint venture between Vodafone and the group company Grasim and Idea.

He said Idea and Vodafone will have one payment bank and one of the entities will have to surrender the payment bank licence. Both are sitting on separate licences from the regulator now.

"Plans for growth of payments bank have been redrawn because we have a partner now. Both the companies have started out with some initial plans and we need to sit together and work out a new plan," he said while talking about the payments bank venture which he expects this to begin commercial operations in 2018.

Shares of Aditya Birla Capital (ABCL), the financial services company of Aditya Birla Group, debuted at Rs 261.20 and closed down at Rs 237.50 on the NSE despite the market rallying around 0.6 per cent.

The listing of ABCL is the culmination of the composite scheme of arrangement under which Aditya Birla Nuvo merged with Grasim Industries and the financial services undertaking was subsequently demerged into ABCL.

Last year in August, the Aditya Birla Group had planned to merge group firms Aditya Birla Nuvo (ABNL) and Grasim, and hive off financial services business into a separate entity, to be listed later.

"In each of our financial vertical there is enough headroom to grow very strongly. With this listing, it gives us much more firepower to grow. We've scale and quality of experience to take advantage of this headroom and grow even stronger going in future," Birla said and ruled out take any of the existing financial services arm public.

On the rationale for the amalgamation, he said "one of the most important pillars of this whole restructuring programme has been a value unlocking. For the first time the market capitalisation of the group has crossed USD 50 billion."

In July 2917, PremjiInvest, the family investment arm of Wipro chairman Azim Premji, had picked up 2.2 per cent stake in Aditya Birla Capital for around Rs 703 crore.